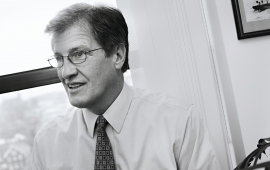 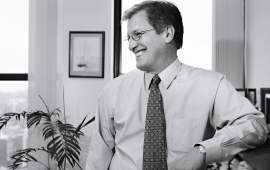 Verrill represented Emera in its 2017 distribution rate case before the Maine PUC, which included: defeating Staff's proposed reduction to allowed return on equity for "management inefficiency;" approval of new expenditures, such as an enhanced vegetation management program; and recovery of increased storm restoration and employee benefits costs.

Verrill represented Emera in its 2016 distribution rate case before the Maine PUC. The case involved issues relating to significant new capital investments, including Emera's new customer information system and a controversial substation investment. In the midst of the rate case, the Maine PUC ordered a formal management audit of Emera's customer service and transmission and distribution operations.

Verrill represented Summit Natural Gas in securing Maine PUC approval of its alternative rate plan or ARP. The ten-year rate plan provided for annual rate adjustments during the course of the ARP, return-on-equity sharing provisions, authority to enter into special rate agreements without prior Commission approval, recovery of natural gas conversion rebate costs, and a service line installation policy and metrics. The ARP was part of a larger proceeding in which Summit obtained the Commission's approval to begin providing service in Maine despite the opposition of an existing Maine gas utility.

We represented Public Service Company of New Hampshire (PSNH) in a Maine PUC proceeding in which PSNH sought approval for its parent company, Eversource, to acquire a Connecticut water utility, Aquarion Water Company.

Verrill represented a Connecticut utility in addressing the need for certain regulatory approvals for its acquisition by a large international energy company.

Verrill represented an energy developer in its proposed acquisition of the real estate and electric generation assets of a former paper mill. We provided advice on federal and state regulatory laws affecting the client's acquisition and proposed operations, including maintaining Qualifying Facility status and avoiding public utility status at both the state and federal levels.

Verrill represented Woodland Pulp before the Maine Supreme Judicial Court in successfully defending an arbitration award after a lengthy, contentious arbitration proceeding resolving a dispute between Woodland Pulp and a tenant over shared use of a private natural gas pipeline.

Verrill represented Emera in a lengthy case addressing the extent to which the Maine Restructuring Act prevents affiliates of a Maine T&D utility from acquiring ownership of generation facilities. In 2011, Emera sought approval of two acquisitions: (1) 25% ownership of Algonquin Power & Utilities Corp. and (2) a joint venture with First Wind to develop new wind projects in the Northeast. We represented Emera in extensive litigation before the Maine PUC and Maine Supreme Judicial Court both before and after Emera closed the transactions. Verrill defended the approvals before the Maine Supreme Judicial Court in two separate appeals of the Maine PUC approval orders.

We represented Emera in a lengthy case addressing the extent to which the Maine Restructuring Act prevents affiliates of a Maine T&D utility from acquiring ownership of generation facilities. In 2011, Emera sought approval of two acquisitions: (1) 25% ownership of Algonquin Power & Utilities Corp. and (2) a joint venture with First Wind to develop new wind projects in the Northeast. Represented Emera in extensive litigation before the Maine PUC and Maine Supreme Judicial Court both before and after Emera closed the transactions.

Represented Woodland Pulp in securing a favorable arbitration award after a lengthy and contentious arbitration proceeding resolving a dispute between Woodland Pulp and a tenant over shared use and "balancing" of a private natural gas pipeline.

Change of Control of Emera Maine

Verrill represented Emera Maine, and its affiliates Chester SVC Partnership and Maine Electric Power Company (the “Utilities”), before the Maine PUC with respect to the Utilities’ request for Commission approval of the change of control of Emera Maine resulting from ENMAX Corporation’s (an Alberta, Canada utility) proposed acquisition of Emera Maine. The case involved many parties, with diverse interests; voluminous discovery; and application of a new “net benefits” legal standard to the Commission’s decision.

Represented an interstate pipeline company before the Maine PUC in advancing an interstate pipeline expansion project designed to provide a firm, competitively priced source of fuel for natural gas-fired generators providing electricity to consumers in Maine and elsewhere in New England. The Maine PUC is charged with implementation of the Energy Cost Reduction Act, a 2013 law (the firm was actively involved in drafting and securing passage of the Act) that authorizes the state to direct execution of a contract for new natural gas pipeline capacity. A so-called energy cost reduction contract, or ECRC, provides financing for up to $75 million per year upon a finding that the contract's benefits will outweigh its costs and that the contract is commercially reasonable and in the public interest. After more than two years of extensive litigation, the Maine PUC selected our client's project as the best option for an ECRC and directed Maine's electric transmission and distribution utilities to purchase pipeline capacity on the proposed pipeline expansion. The project is conditioned on support from other New England states, as it will enable the development of additional pipeline capacity needed to increase the availability and supply of natural gas throughout New England.

Represented ENEL, an international leader in hydro power, before FERC in defending against a formal Section 206 Complaint by the City of Lawrence, Massachusetts, and various abutters, alleging that ENEL North America has violated the terms of its FERC hydro license by failing to maintain and repair the canals along the Merrimack River.Verrill successfully obtained a letter order from Commission Staff dismissing the complaint. After Complainants filed a request for rehearing, Verrill successfully opposed the request and obtained an order from the Commission denying in full the request for rehearing.

We represented Emera in obtaining Maine PUC approval of a number of bond issuances and bond re-financings for improvements to its T&D system.

Obtained Maine PUC approval for an LDC to create an affiliate to provide HVAC conversion services to prospective customers.

Secured regulatory approval for the state's first private natural gas pipeline, a direct connection from the Maritimes & Northeast Pipeline serving Woodland Pulp LLC; and continues to represent Woodland Pulp in connection with shared use of the pipeline with another industrial consumer.

We represented a Maine utility before the Maine PUC in a proceeding in which the utility sought approval to own and operate a microgrid to be located at its operations center. The proposed microgrid consisted of a 600 kW AC photovoltaic array, a 500 kw/950 kWh Tesla Powerpack battery, an existing diesel generator, and an electric vehicle charger.

Provide legal counsel to Bowdoin College and other larger consumers of gas regarding their purchase and use of gas. Represented several large consumers of Maine Natural Gas in successfully objecting to a proposed rate increase by MNG.

Represented a natural gas marketer in contested Public Utilities Commission proceedings in Maine, New Hampshire, and Massachusetts and succeeded in obtaining more than $700,000 for the client from a FERC-ordered refund by an interstate pipeline. 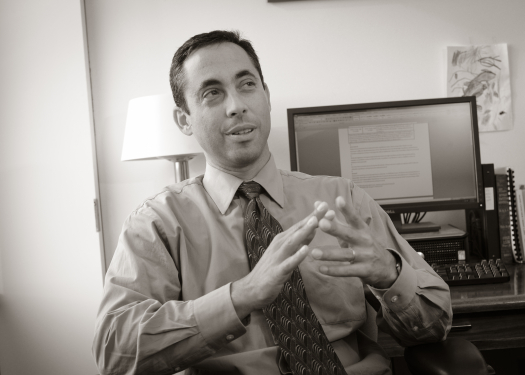 (May 27, 2021) – Verrill has been rated as a Leading Firm in a total of 11 categories and subcategories as evaluated by London-based Chambers & Partners, one of the world's most respected legal...

After two years as host of “Eggs & Issues,” the monthly business breakfast of the Portland Community Chamber of Commerce, Jim Cohen concluded his twentieth appearance with an hour-long interview of Maine Governor Janet...