10 Things You May Not Have Known About Promotion Marketing 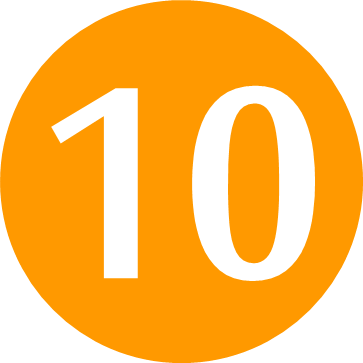 2. You need official rules for every sweepstakes and contest you conduct. They form a binding contract with the entrants that will help protect you in the event of a dispute.

EXAMPLE: When Kraft mistakenly produced too many winning game pieces for its "Ready to Roll" sweepstakes, they were protected by having a clause in the rules stating they were not liable for printing or production errors.

3. You cannot require a purchase to enter a sweepstakes, but you can give an entry with a purchase so long as the consumer gets something of value with his purchase (other than an entry) and there is an alternative free method of entry available.

EXAMPLE: Class actions were brought against the shows American Idol, Deal or No Deal and The Apprentice for charging a $0.99 fee for text message entries.

4. You cannot award certain prizes. Winners are taxed on the value of the prize and you need to provide an IRS Form 1099 to winners of prizes over $600.

EXAMPLES: Apple prohibits awarding iPads and iPods as prizes. NASCAR prohibits awarding tickets to its racing events without its permission. EXAMPLE: It was a publicity debacle when a family with a paralyzed son won "free" home improvements but couldn't pay the tax bill on the prize.

6. Your coupon offer may be too good.

EXAMPLE: After Oprah promoted a KFC internet coupon deal on her show, the high (and unexpected) volume of respondents caused KFC to refuse to accept coupons and resulted in a class action that settled for $1.5 million.

7. Charitable sales campaigns require registration or bonding in a number of states.

EXAMPLE: If you want to give a portion of the purchase price to charity, many states have laws governing the contract with the charity, the advertising disclosures, and reporting and recordkeeping.

8. #ad or #spon may need to be included when a celebrity tweets about your product.

EXAMPLE: The FTC has guidelines for when paid celebrities tout your product in cyberspace.

9. Avoid online promotions open to children under 13 if you can.

EXAMPLE: The FTC has strict regulations on use of the word "free" in advertising. For instance, any conditions must be clearly and conspicuously disclosed (an "*" may not do), and there are limits on the timing and amount of these offers.

This is just a sampling of the things that must be kept in mind when running a sales promotion. If you would like to discuss these or other promotion marketing matters, please contact Rob Laplaca at [email protected].