2017: The Stories that Weren't, Taken from the Tales of the Twilight Zone 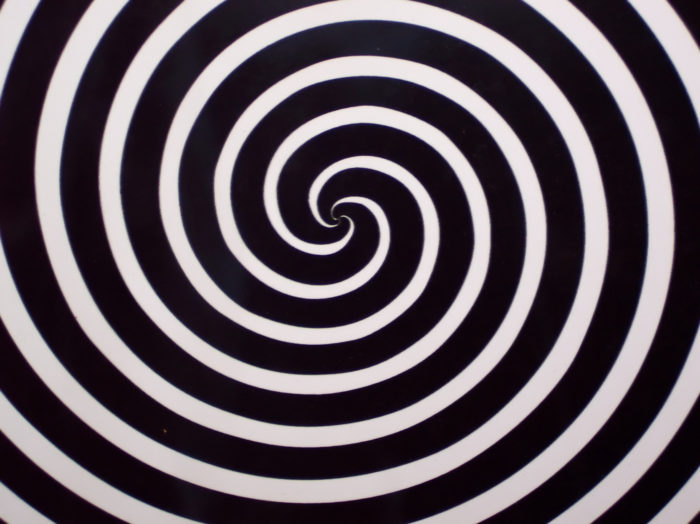 "It is a dimension as vast as space and as timeless as infinity. It is the middle ground between light and shadow, between science and superstition, and it lies between the pit of man's fears and the summit of his knowledge. This is the dimension of imagination. It is an area which we call the Twilight Zone." Rod Serling.

Sweepstakes prizes, lottery scams, influencer marking and excessive branding were popular themes throughout 2017. Let's take a look back in "the dimension of imagination" to illustrate how promotions (can) influence our lives.

Tulsa, OK. Aug. 24, 2017. When P.O. Jake Epee learned that his 90-year old grandma sent all of her retirement savings to Jamaica in the hopes of cashing in on her second prize in the Jamaican lottery, he immediately jumped into action. He moved to Florida, got himself a pre-paid Jitterbug flip phone, opened a LinkedOut account where he posted his Medicare and social security numbers, and applied for a reverse mortgage on his condo. He also posted pictures of his "grandchildren" on Facebook, along with their birth dates, addresses, and favorite candy. He also made sure to click on every link from unknown emails. No sooner was he settled in to his virtual life when calls from Jamaica, Nigeria, and Ireland started pouring in. However, lured by lucrative prizes, P.O. Epee caught the bug and sent checks for "foreign processing" fees, gave his credit card number to pay foreign taxes, and even wired ransom money to release his virtual grandchildren. Today, P.O. Epee can be found wandering the streets of Boca Raton mumbling, "A dollar and a dream …. A dollar and a dream."

INFLUENCERS INFLUENCE EACH OTHER.

Venice Beach, CA. July 2, 2017. Summer 2017 introduced two new beach fads – the Teeny, Teeny, Tiny Bikini and the No Skin Cancer For Me Body Coverall. The Tiny Bikini Company hired You Tube sensation Suzy Shapely while the Coverall Company hired well-known Instagram model Modest Maude to create buzz about their new fashions. Suzy slithered into her skimpy suit and posted videos of her prancing on the beach to the probing public, while Maude jumped into her jumper and posted shots of her comfortably crashed on a beach chair. Both Suzy and Maude also tweeted their feats and blogged their togs until American girls couldn't decide whether to go French Riveria-style or Northern Territory. But in a stunning twist of fate, the lurer became the lured, the hunter became the hunted and the influencer became the influenced. After watching Suzy's online stunts, Maude had to have the bikini that was less than more and Suzy couldn't do without the clothing that covered all. Take notice all you brands that bombard social media with pseudo-fans.

Washington, D.C. January 16, 2017. Four days before the swearing in ceremony and our President to be has huge plans for publicizing his brand. (Did I say huge plans?) In an interview with Fox News, Mr. Trump said that he knows more about branding than his generals do. That to make America Great Again we have to follow great men. That fake news is trying to destroy the brand he worked so hard to plaster on every building he sees. And that only he is smart enough to fix the problem. He pledged that his agenda for the first 100 days will be:

When previously asked on 60 minutes (7/17/16 look it up) about these ambitious plans to advertise his brand, Mr. Trump replied, "I think I am actually humble. I think I'm much more humble than you would understand."

There you have it. Elaborate sweepstakes prizes, lottery scams, influencer marking and branding were all big in 2017. Perhaps these particular stories never really happened, but … [Fade to black].