Animal Killing Contests: Is That Legal? 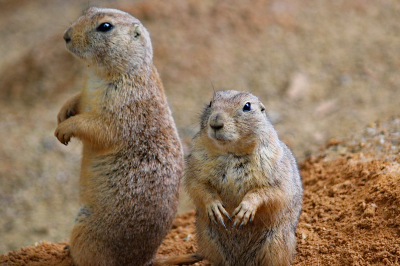 I literally had no idea. None. Until I recently saw that a bill in Oregon failed to pass (for the third time!) which would have prohibited the killing of coyotes in contests for cash or prizes. With the prize going to the hunter (used loosely) who can kill the most coyotes over a specified time. One Oregon rep justified these contests by stating that “the average number of coyotes killed by a competitor is less than one” and that these contests “bring a surge of tourism” to remote parts of the state. Seriously? How do you kill “less than one” coyote? And what Neanderthal plans his vacation around going to the remote parts of Oregon to kill coyotes?

I then learned that coyotes aren’t the only animals being slaughtered for prizes. The list also includes wolves, foxes, bobcats, prairie dogs and squirrels. How bad is your state when it’s overrun by squirrels?

Thankfully, some states have already outlawed these contests: California, Vermont, New Mexico, Arizona, Massachusetts, Washington and Colorado. But these slaughter contests are still legal in most states and getting more popular because of the increased prize money. For example, the West Texas Big Bobcat Contest advertised in March 2021 that, in its 3 contests so far this year, it had a total of 1,498 teams entered and paid out over $344,540 in prize money!

Like any proper contest, the Big Bobcat Contest posts Official Rules online which include such gems as “To qualify your bobcat, your team must kill either 5 Grey Fox or 5 Coyotes (NO MIXING OF THE TWO)”, “No trapped, snared, caged-raised, or frozen animals will be allowed”, “We will not weigh a wet cat”, and “Chasing/running down animals in a motor vehicle is NOT allowed.” Great – albeit completely inane – specificity for contest rules.

As a promotions lawyer, I understand the commercial benefit to running a contest – for example, the Big Bobcat Contest gets a $250 entry fee and has 22 participating sponsors. And I can also understand that these animals can be a nuisance – like those prairie dogs who are always trying to show off by standing up on two feet. But blood money contests go too far.

Currently, a number of states are considering bans on animal killing contests, including New York, New Jersey, and Nevada.

And for everyone who would consider getting some good ole boys together to shoot a helpless animal that weighs slightly more than your camo coveralls in order to win a few bucks, let me end with 10 fun facts about our furry friends who are the literal targets of these contests: