Are We Saying Goodbye to the Beer Babe? 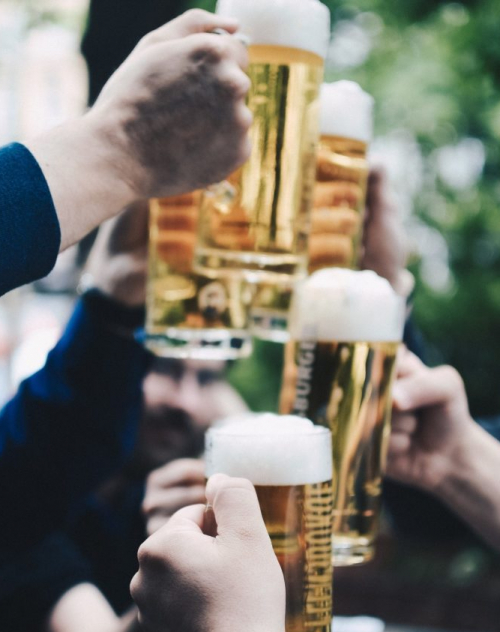 The #MeToo movement has produced constant headlines and has helped positively change corporate culture. Is it possible for its breadth to include beer ads? Sexist beer ads have traditionally been the norm. Give a scantily clad gal a beer bottle, have her hold it to the camera, give a seductive wink, and voilà, you've created a beer ad. You may laugh but take a look at the Miller "Service With a Smile" ad depicting a girl in a bathing suit working under a car. Or the Schlitz ad featuring a Playboy Playmate and its new "Tall Boy" can with the line, "Here's to Big Cans!" Or perhaps the raunchiest ever, the Falstaff Beer ad with a pic of the can next to the girl, "Beer v. Girl. At least the beer cannot change its mind once you get its top off."

Despite the change in social norms since the 1950s, the formula Alcohol + Sexy Girl = Good Ad still has legs. A 2012 print ad from Belvedere Vodka featured a young man grabbing a woman from behind who appears to be trying to get off his lap with the line, "Unlike some people, Belvedere always goes down smoothly." In 2015, after public dissent, Bud Light removed a highly-questionable tag line from its bottles, "The perfect beer for removing 'no' from your vocabulary for the night. #UpForWhatever." In December 2017, a billboard received criticism for advertising, "Easy A Minnesota Blonde" beer (featuring a cartoon guy smooching a cartoon girl) with the line, "Mark Your Territory."

For the first time in a long, long time, the NFL allowed ads for spirits and flavored malt beverages during the 2017 season. The NFL imposed restrictions on the ads including limiting to four per game, not targeting youths and including a "prominent social responsibility message." Absent from these regulations was any mention of women or specifically, use of the beer babe.

The Maine liquor law defines "obscene" as that which "to the average individual applying contemporaneous community standards, considered as a whole, appeals to the prurient interests." But that's not much more help than the famous definition articulated by Supreme Court Justice Potter Stewart, "I know it when I see it." Jacobellis v. Ohio, 378 U.S. 184, 197 (1964).

The reason why "obscene" only captures the most overtly depraved ads is because commercial speech is strongly protected under the First Amendment, and for those of you who have seen The People v. Larry Flint, your typical sexist beer ads would not rise to the level of illegally obscene. As explained by the FCC "obscene content" must meet a three-pronged test established by the US Supreme Court, "it must appeal to an average person's prurient interest; depict or describe sexual conduct in a 'patently offensive' way; and taken as a whole, lack serious literary, artistic, political or scientific value."

So, if we are interested in living in an ad world where women aren't just pretty sidekicks but the all-American beer drinkers that they are (recent estimates put the number of female beer drinkers at almost 40% of the wider beer market and 25% of the craft beer market), then change will have to come organically. Perhaps from brewers' own initiatives or from best practices established by the FTC, the FCC, television networks or major industry trade associations, such as the Beer Institute. But a word to the wise, a change is a comin'.

A prudent brewer should not underestimate the power of a social movement. A recent article in the Harvard Gazette opined that "The #MeToo surge … provides opportunities for pivotal societal change, …" which may not be limited to harassment in the workplace. It may just be #TimesUp for sexist ads when the public promises that #IWillSpeakUp to say #ItsNotOK to continue outdated practices.

For questions regarding legal liability stemming from your advertisements and marketing contact a member of Verrill Dana's Breweries, Distilleries, and Wineries Practice Group.