Commercial Co-Ventures: What a Charity Needs to Know 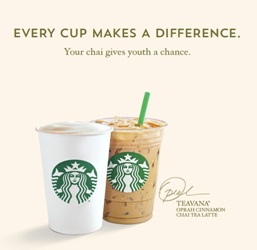 Yay! Big brand wants to team up and donate part of the purchase price of its sales to your charity. Do you just have to sit back and watch the money come pouring in?

Procedurally, no; substantively, (mostly) yes. Even though the "work" in a commercial co-venture may be done primarily by the commercial company in terms of registrations and actual product selling, a charity has a number of its own obligations that cannot be ignored.

A short primer: Buy this + we donate that = commercial co-venture. Simple.

Charity's Requirements (in a nationwide promotion):

1. Register as a charitable organization in every state where the promotion is being held. The definition of "solicitation" in most states is broad enough to encompass "soliciting" done by commercial co-venturers on behalf of the charity.

Approximately 40 states require registration. Each state requires a separate filing. About 34 of these states currently accept the Unified Registration Statement registration forms, but many also require additional state-specific forms. There is also annual reporting, which may include audited financials depending on the amount of donations received, and annual registration renewals.

2. A written contract with the commercial co-venturer, including the following:

a. Description of goods or services offered in the promotion;

b. Geographic scope of the promotion;

c. Start and end dates of the promotion;

d. Description of how the name of the charity will be used;

e. Per unit amount going to charity, either in dollars or percentage of price;

f. Date and manner in which the charity will receive the donation;

g. Any minimum or maximum donation;

i. Statement that the contract is cancelable in NY within 15 days;

j. Signature by two officers of the charity.

3. Charity to file the contract in the following states: AR, CT, NJ.

4. Charity to register the promotion in the following states: NH, NY, UT.

These registration and reporting requirements are separate from the obligations of the commercial party.

What Can the Charity Do to Support the Program?

The Unrelated Business Income Tax (UBIT) and the threat of loss of charitable status are potential pitfalls when a charity joins in a commercial co-venture campaign. Given the charity's non-commercial status, it has to tread carefully when supporting the program. A simple rule of thumb: support is ok, promotion is not ok.

Ok, as long as the charity's role is "passive." The charity should just provide a license (for free or for fee) to the company for the use of the charity's name/logo regarding the specific program.

2. Assisting the commercial company in marketing

Not ok. Again, the charity should take a "passive" role in the promotion and not render services in support of the commercial company's marketing efforts, such as providing advertising space on the charity's website or having charity representatives help drum up business in stores.

Ok. Allowing a simple approval message – such as, "Promotion Approved by Charity" – is generally permitted. However, the more that is said in an approval message, the greater the risk the charity is providing taxable advertising services to the company.

a. Charity's name/logo on product;

d. Sponsor's right to be an exclusive sponsor;

e. (General) Description of the product.

b. Price or quality claims about the product;

c. Affirmative "endorsement" of the product;

d. Active encouragement to buy the product (calls to action);

In sum, a charity can let the world know that there is an ongoing commercial co-venture program and that it supports the commercial company's message, but the charity should not be actively trying to promote the sales of the company's product.