Commercial Co-Ventures: What You Need to Know During a Pandemic 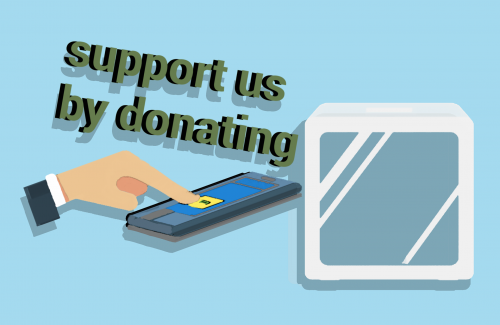 This piece will review important issues when running a commercial co-venture (CCV) during a time of a global pandemic.

Minimum/Maximum Donations: Because your sales may be affected by the pandemic, when establishing a minimum or maximum donation care should be taken to forecast an appropriate number under the current circumstances. Selecting a minimum donation that you don’t reasonably expect to hit is a problem, since you are advertising to the public that their purchases will trigger a donation when they really won’t.

Canceling or Terminating a Program: Your CCV contract may have a force majeure clause which may provide grounds to cancel or terminate the promotion. In general, it is more likely that such a clause will be upheld when the specific “act of God”, here, a pandemic, is listed among the allowable reasons to terminate. Even without a force majeure clause, in the right circumstances, you may be able to terminate based upon the doctrines of frustration of purpose or impossibility, but your ability to continue the program must truly be impossible. For example, the promotion involved only in-store purchases and because of a government directive you were forced to shut your stores. If you decide you have to terminate a promotion, let the public know, stop all advertising, and potentially pull any products with the donation message if it cannot be fulfilled.

Modifying a Program: Under the current circumstances, you want to modify the program – such as allowing for online purchases in addition to store purchases or extending the deadlines so that you can reach and exceed a minimum donation. These decisions impact (i) your contractual partner – the charity, (ii) the state governments, and (iii) the public. We would recommend getting the charity’s consent to any changes in the program terms. This can be done by a simple addendum to the CCV contract signed by the charity. To satisfy the regulators, we would recommend filing this addendum in the registration states. As for the public, you will need to amend your advertising messages and potentially pull any “old” ads or products with the original terms. The rule of thumb here is to be upfront with the customers so that they are aware of what’s going on and you are not asking them to do something to trigger a donation when it will not.

Keeping it Local. Many non-profits meriting donations to help with COVID-19 are local, which means they may not be registered nationally (as required for a national CCV). And, maybe you want to have a program where many different (local) charities are involved. Before embarking on a nationwide commercial co-venture campaign, find out the states where your charity of choice is registered. You may still be able to help local charities by teaming up with a national charity/foundation that itself donates to many different local charities. In this way, you can have one charity partner and one set of registrations, but still cover the causes you want.

Doing it Quietly. Maybe you want to partner with an unregistered charity that is doing good in your community. Maybe you want to start tomorrow and don’t have time for filings and bonding. But maybe you still want to base your donation on the amount of your sales. The various commercial co-venture statutes are specially tied to advertising these programs to the public. If you don’t advertise to a consumer that his/her purchase will trigger a donation, there’s a good argument you don’t have a commercial co-venture. This is a bit unorthodox, but crazy times …

“Free” Actions: During these tough times, you may want to have consumers “Like” your page or post a hashtag or picture on social media showing their support. Typically, a commercial co-venture requires a purchase of a good or service to trigger a donation. Many states’ laws specifically state that a CCV is a situation requiring a purchase. But the states of AL, MA and SC have broadly worded statutes which could include situations where non-purchase activities generate a donation (such as a like, hashtag, etc.). Unfortunately, all three of these states are registration states. An argument can be made that “free” actions are not the intended purpose of these statutes (like the other state statutes), but there is not much guidance from these states on this issue, and the conservative approach would be to register and comply with their CCV laws even in this situation. In any event, it would still be recommended to have a basic contract with the charity so that the donation terms are clear and to make sure you obtain the charity’s permission to use its name, logo and marks.