Did Peyton Manning Go One Pitch Too Far? (Native Advertising at the Super Bowl) 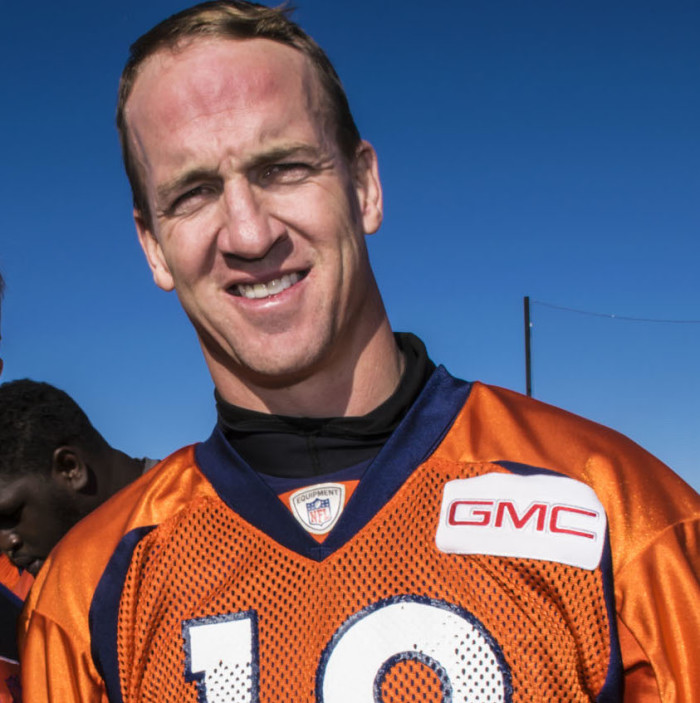 We all know Peyton Manning – he's a professional pitcher: for Papa Johns, DirecTV, Buick, and Gatorade, among others. He's also a professional quarterback. But did his post-Super Bowl pitches for Budweiser and Papa John's go too far. As you may recall loyal followers of this blog, I wrote in December about the new FTC Native Advertising Rules. In particular, how the FTC was looking for transparency when an advertisement is slyly placed so as to appear to be part of the medium itself.

At first blush, both of these actions seem innocuous. Why can't a player hug one of his biggest benefactors? And who wouldn't want to drink a lot of Budweiser after a game? But that may be beside the point if money was the motivation for Mr. Manning's machinations.

Both Budweiser and Papa John's have pointed out that they did not pay Peyton for these plugs. But the FTC has advised that endorsements (a form of native advertising) require that any material connection between the speaker and the product be disclosed. As stated by the FTC in its "Enforcement Policy Statement on Deceptively Formatted Advertisements":

As the Commission stated in the Endorsement Guides, "When there exists a connection between the endorser and the seller of the advertised product that might materially affect the weight or credibility of the endorsement (i.e., the connection is not reasonably expected by the audience), such connection must be fully disclosed. … clearly and conspicuously …." In revising the Guides in 2009, the Commission specifically addressed paid endorsements in non-traditional forms of advertising, such as user-generated social media, personal blogs, online comment forums, or television talk show interviews.
https://www.ftc.gov/system/files/documents/public_statements/896923/151222deceptiveenforcement.pdf

One example from the Endorsement Guidelines closely resembles the Peyton Manning post-Super Bowl pitches. A well-known tennis player is being interviewed on a television talk show, and in response to a comment about how well she is seeing the ball lately, the player informs the audience that she recently had lasik eye surgery at a clinic she identifies by name, and she continues to talk about the doctors and the procedure. Per the FTC, the tennis player should have disclosed that she has a contractual relationship with the clinic which pays her for speaking publicly about the surgery.
https://www.ftc.gov/sites/default/files/attachments/press-releases/ftc-publishes-final-guides-governing-endorsements-testimonials/091005revisedendorsementguides.pdf

Here, even though Peyton was not paid by Budweiser or Papa John's specifically for his actions, he does have a contract with Papa John's (I assume, since I see him flipping pizza every time I turn on a ballgame) and, perhaps importantly, he apparently owns an interest in two distributors of Budweiser's parent company and several Papa John's pizza franchises. So, anyway you slice it, his actions could arguably be viewed as deceptive, since consumers may only take away from these actions that he likes beer and pizza as much as the next guy.

Granted, it's not entirely clear how Peyton should have "clearly and conspicuously" disclosed his connection to Budweiser and Papa John's if he needed to. Perhaps, a simple statement that these are his business partners. Or maybe, just avoiding the plugs altogether. Especially the Budweiser plug, since the NFL has a strict policy against player endorsements of alcohol companies. But despite the FTC's guidelines, we also cannot lose track of the fact that the statements must be misleading in the first place, meaning that the consumer really mustn't know that these are plugs. C'mon FTC, every sports fan knows that Peyton is a professional pitchman (and wouldn't have mentioned these companies unless something was in it for him – o.k., cheap shot, I rooted for Carolina) and every sports fan knows that in Super Bowls past, the MVP was only "going to Disney World" because he was getting paid to do so.