Do You Really Like Me? Native Advertising Enforcement is On the Rise 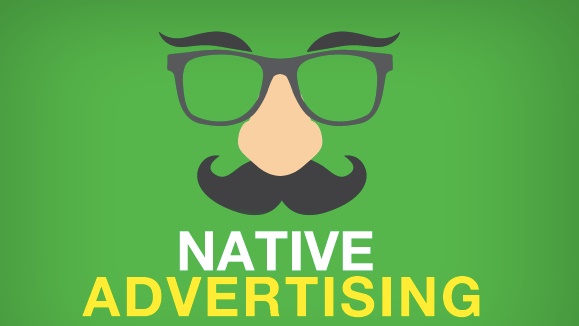 On July 11, 2016, the FTC announced that it had settled charges against Warner Bros. that it paid online influencers to post positive game play videos for its new a video game Middle Earth: Shadow of Mordor (Ed. note: whooo). (Further Ed. Note: I will continue to use the term "influencer" which in the trade means someone who is able to influence purchases, not someone with the flu.)

This enforcement action comes on the heels of the National Advertising Division cracking down on Joyus's "Dr. Brandt's Needles No More Wrinkle Relaxing Cream" for native advertising in the "Stuff We Love" section of People Magazine's website, which itself came on the heels of the FTC slapping Lord & Taylor for its native advertising campaign for its incredibly-popular Paisley Asymmetrical Dress. (Story: http://bit.ly/29V7P5B Dress: http://bit.ly/29Kqsel)

I will explain in more detail below the specifics in the Warner Bros. and Joyus matters, but for those of you who just like to cut to the chase, here's what you need to know:

In Warner Bros., according to the FTC Complaint, Warner Bros. hired the ad agency Plaid Social Labs who paid reputed video game enthusiasts to post positive YouTube videos promoting the new game. These influencers received a free pre-release of the game and were paid between hundreds to thousands of dollars, provided the videos met certain requirements established by Warner Bros., including that the "Video will promote positive sentiment about [the game]" and "will not communicate negative sentiment about [Warner Bros. or the game]."

Warner Bros. did expressly require these influences to post in the description box (where a user can access the video) above the fold an "FTC disclaimer disclosing that the post is sponsored." There was no requirement that this sponsorship disclosure be clearly and conspicuously in the video itself and the FTC says the influencers were not instructed to make the disclosure "above the fold" on the disclosure box. The videos were subject to pre-approval by Warner Bros. The influencers were also instructed to promote their videos on Twitter and Facebook. In total about 30 videos were posted resulting in about 5.5 million views over one year.

The consent order entered into between Warner Bros. and the FTC required the following actions in future campaigns:

In Joyus, the product was available for sale through the "Stuff We Love" section featured on People's Style Watch" webpage and promoted through videos. The "Style Watch" page did not disclose that the "Stuff We Love" feature is a partnership between People and Joyus, aimed at promoting products for purchase. NAD was concerned that consumers may review the products on "Stuff We Love" with the expectation that it represents independent editorial selections by People Magazine editors rather than advertising for Joyus. The NAD acknowledged that the videos themselves make clear that they are advertising products for sale. But the NAD determined, however, that the pages and links consumers see before they click on a video reasonably convey the message that the advertising content is editorial. The NAD recommended the following:

(Ed. Note: the NAD provides recommendations for voluntary compliance and is not a finding of wrongdoing.)

What is scary about these decisions (besides that fact that one product involves some kind of medieval battle to avenge family members killed by the Black Hand of Sauron and the other conjures thoughts of a sharp instrument) is that the brands and agencies took very specific steps to try to comply with the native advertising rules, but it still wasn't enough. Native advertising is effective and has grown more popular each year, while the FTC has tried to provide some guidance, it's unfortunate that we may not learn exactly what the FTC wants until more ads are implicated.