I Catch the Fish, You Cook the Fish, The Only Time We're Together is When We Eat the Fish: Banning Gender Stereotypes in Ads 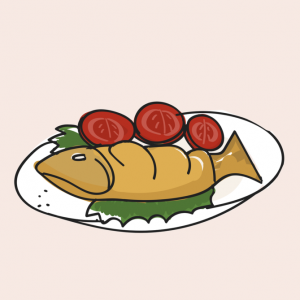 Women in the kitchen and men in the wilderness. An ad concept as old as time. But has its time come? The U.S. has traditionally taken a hands-off approach to regulating "traditional" gender-stereotyping in ads. But this week, the U.K. has said enough is enough.

Thanks to our friends on the Internet, we can pull up loads of patently offensive gender-based stereotype advertising from the "good old days:

These good old days haven't fully left us. As cited in the NY Times, the U.K.'s Advertising Standards Authority recently called out more recent troublesome ads, such as: (2016) Gucci using a a model who looked "unhealthily thin" in a campaign and (2019) a Porsche dealer ad showing a leather-clad woman up to her waist under a car with the tagline "attractive servicing."

As a result, the U.K.'s Committee of Advertising Practice (CAP) recently provided Advertising Guidance in the UK for gender stereotyped ads.

The Advertising Guidance pointed to five specific gender-stereotypes in advertising that should be avoided:

On this side of the pond, we have no advertising guidelines for the depiction of gender stereotyping. The closest is in the Children's Advertising Review Unit (CARU) self-regulatory rules for children's advertising which states:

"Advertisers should avoid social stereotyping and appeals to prejudice, and are encouraged to incorporate minority and other groups in advertisements and to present positive role models whenever possible."

Why Does It Matter?

Don't bite the hand that feeds you. On a practical level it matters because studies have shown that 85% of all consumer purchases are made by women and 75% of women are the primary shopper for the household.

Isn't it our duty to make a better world for our kids? Ads depicting gender stereotypes don't "mirror" these stereotypes but actually advance them. I cite two interesting television-related studies. In one, male interviewers watched sexist television commercials and then later judged female applicants as less competent and remembered more about their physical appearance than their biographical information. In another, children who were raised in households without televisions had less sex-typed perceptions. But when introduced to TV, these perceptions increased.

What Can We Do?

If you're an advertiser, make sure your team is diverse – five 50-year old white men coming up with a Super Bowl commercial may not be the best game plan; and think long-term – consumers want to see commitment to change.

If you see offensive ads: Contact the brand or the FTC/FCC. Most importantly, talk to your kids about it. Like Whitney Houston, I believe the children are our future and maybe by the time they grow up, they won't know about "dishpan hands" (1941) or "husband pleasing coffee" (1963) or that "cigarettes are like women – the best ones are thin and rich" (1967) or what's meant by "it's a wifesaver" (1973).

Of course there's hope. After Ralph Kramden insisted that Alice could not go on the Raccoon Lodge's annual fishing trip by uttering the above-titled phrase, later in this same episode, he relented and Alice and Trixie accompanied him and Ed – showing that both men and women can catch the fish. Final note: At the time of this Honeymooners episode, Ms. Joan Wulff was known as the best fly fisher in the world – and as one of our best-known female stereotypes, Baseball Annie says in Bull Durham, "You can look it up."