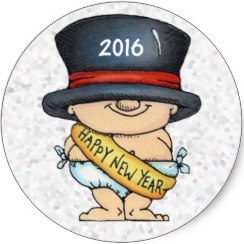 On December 22, in my blog on the Miss Universe debacle, I related the story of the mother of baby Yuki Lin who was awarded $25,000 for giving birth at the stroke of midnight on New Year's Day 2007 after temper tantrums arose over the fairness of the contest. I got to wondering, have these types of contests gone the way of the cloth diaper and candy cigarettes? Thankfully, no.

Here are just a few examples of what can you win if first sound you hear after the ball drops is a magical, shrill "I'm here" from your bouncing baby.

Of course, these prizes can sound amusing when local sponsors are up against giant brand, but it makes us remember that local contests have been around for centuries (think of the funeral games described in the Iliad where contest prizes included a lump of iron and a six-year old mule) and their popularity has not waned.

So, if you are nine-months' pregnant and have no plans for New Year's Eve, consider making a trip to one of the many locations where giving birth can be like taking candy from a baby (or at least pizza).

Happy New Year (and congratulations to everyone who is lucky enough to have a baby on New Year's Day).