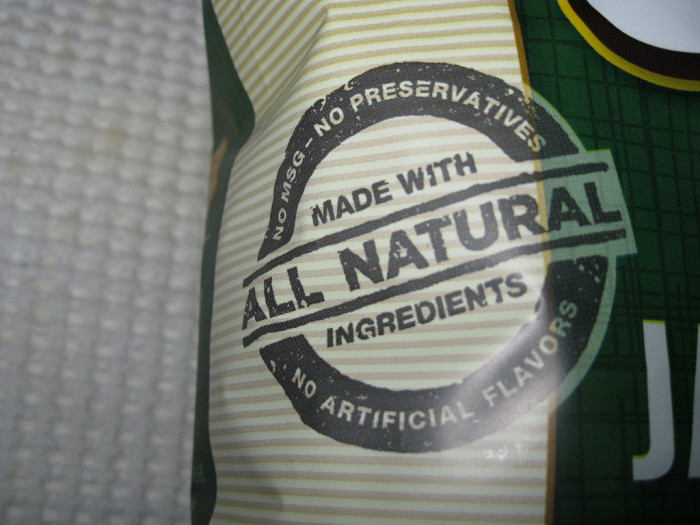 You can buy almost any product that is "all natural" -- skin cream, soap, shampoo, cleaners, grass seed, bug repellent, pet spray, even hair loss treatment. These products go by monikers such as "Pure Naked", "Lush", "ONO", "Nature's Miracle" and many "Dr. so-and-so's". Natural products are certainly not new – early civilizations used makeup made from such things as gemstones, castor oil, and beeswax. But eventually, post-war consumers were wowed with better living through chemistry. Now, "all natural" is de rigueur.

On April 12, 2016, the Federal Trade Commission issued a press release identifying a proposed settlement with four different manufacturers charging that they falsely claimed that their products are "all natural" or "100% natural", despite the fact that they contain synthetic ingredients. http://1.usa.gov/1UZa76p The products included hand and body lotion, shampoo, sunscreen, as well as an elixir and a "face stick". (No, the NHL was not involved in the settlement.)

The FTC's stated position is simply, "'All natural" or "100 percent natural' means just that – no artificial ingredients or chemicals." The Director of the FTC's Bureau Consumer Protection warned, "Companies should take a lesson from these cases."

One of the lessons learned from these cases may be that you may have to get caught first before you know you're in violation. The FTC does not have any regulation defining "all natural" or the like. In 1983 it declined to define "natural food" claims and stated that it would be dealt with on a case-by-case basis. http://bit.ly/1NmYb6S In 2010, the FTC also declined to define "natural" in its revisions to the Green Guides which were intended to address "environmental marketing claims." http://1.usa.gov/1COdobN

The FDA is currently "exploring" use of the term "natural" on food labels (http://1.usa.gov/1MpSowq), but has previously advised that "it is difficult to define a food product that is 'natural' because the food has probably been processed and is no longer the product of the earth." http://1.usa.gov/1mMy6S3

The closest definition may come from the FDA's Informal Policy on Natural Claims stating:

"The agency will maintain its policy regarding the use of 'natural,' as meaning that nothing artificial or synthetic (including all color additives regardless of source) has been included in, or has been added to, a food that would not normally be expected to be in the food." 58 Fed. Reg. 2302, 2407

So, based on the recent proposed settlements, to avoid claims of unfair trade practices and deceptive advertising under Sections 5 and 12 of the FTC Act, your "all natural" product must not have any artificial ingredients or chemicals. OR maybe just ditch "all natural" altogether and go with the 2015 "Trend of the Year" according to the Food Business News – "Clean Label" http://bit.ly/1NIvOii It's unregulated, sounds healthy, sufficiently vague and it's sure to catch the eye of that natural-loving consumer! (Ed. Note: if you've learned anything from this post, it should be that the FTC isn't hell-bent on definitions and if the product label tries to walk and quack like a duck, it better be a duck.)