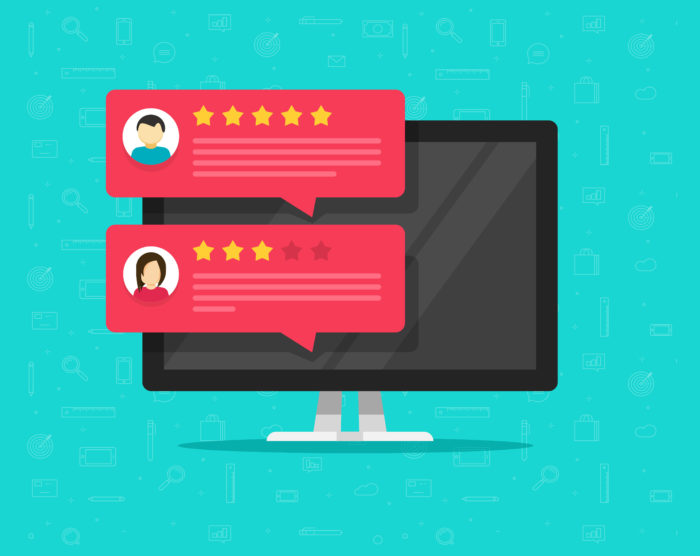 On November 2, 2018, the New York Attorney General came crashing down on a number of moving services that paid for at least 60 fake positive online reviews posted under the heading "CHECK OUT OUR REVIEWS POSTED BY CUSTOMERS JUST LIKE YOU." As a result, the only checking being done will be from the businesses' bank account when they shell out over $65,000 in penalties and costs.

Fake online reviews have always been the bane of legitimate shoppers. What's the first thing you do when you find a snow blower online? You read the reviews. How's about a restaurant? You read the reviews. In fact, statistics show that a whopping 88% of shoppers incorporate online reviews into their purchase decisions, and being the lazy consumers that we are, the number one factor is the star rating. While we think we can weed through the fake and the for real, the bottom line is who the heck knows if Caroline L. from New York, NY really liked her bicycle? We don't. A Harvard Business School/BU report from a few years back states that 20% of all online reviews on Yelp! were fake. Yikes!

The recent enforcement action by the New York Attorney General shows that regulators may be taking a bigger interest in this consumer protection area. In the words of the NY AG herself, "My office has zero tolerance for scammers who attempt to defraud and deceive New York consumers." A more eloquently stated Bronx cheer for fake reviewers.

While most legitimate business would never stoop to paying for fake reviews, the AG's action is a good reminder of a company's obligations under the FTC Endorsement Guidelines. These Guidelines apply to consumer, expert and celebrity endorsements. Here are a few things to remember:

1. The company must have adequate substantiation to support the claims made by the endorser – the endorser's experience must be consistent with what other consumers will generally achieve.

3. An "expert" opinion must be supported by an actual exercise of that expertise in evaluating the product.

4. Where a material connection exists between the endorser and the seller, this connection must be clearly disclosed – tell the audience what the endorser got for making the endorsement (unless the context demonstrates that such payments are likely ordinarily expected by the audience).

5. And importantly, the consumer, expert or celebrity must have actually used the product and must give her genuine opinion about the product.

In case you thought only America cares about fake reviews, in September an Italian court handed down a 9-month prison sentence to a person who wrote fake hotel reviews on Trip Advisor in exchange for money from several hundred hotels – now that's a bigga meatball.