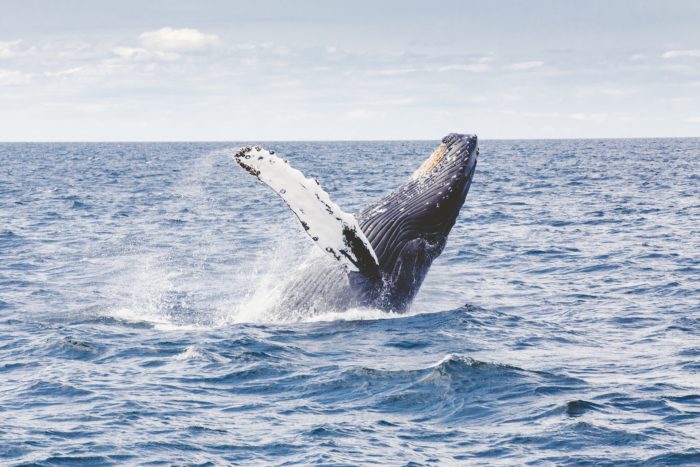 Fishermen(persons?) say that the strongest currents yield the biggest catch. Or at least I think they say that; I really don't fish. But there's a storm a brewing in Maryland federal court over a disputed $2.8 million first prize in the "world's largest billfish tournament," known as the White Marlin Open in Ocean City, Maryland. White Marlin Open, Inc. v. Heasley, No. 1:16-cv-03015 (D. Md.)

Entering anglers had to pay a $1,000 fee to register their boat and winners received a prize based upon the type/size of fish caught and the total entry fees. Phillip G. Heasley allegedly caught the only qualifying white marlin which would purportedly qualify him for a $2.8 million prize. Pursuant to the contest rules, the Sponsor could require him to take a polygraph test. He did. He was found to have used "countermeasures" to manipulate the examination process. Ooh, the plot thickens. The boat's captain and crew were also given polygraph tests which purportedly helped sink Heasley. Apparently, the claim is that Heasley's catch report had a catch time of 8:15 a.m. that was written over with a time of 9:05 a.m.. The Official Rules state that anglers cannot fish until after 8:30 a.m. Waiting to snare the big prize were the other winners.

The Sponsor, after conferring with the three independent judges, determined Heasely was disqualified. The Sponsor then filed an Interpleader action in Maryland state court (which was later removed to federal court) seeking to deposit the prize money in escrow and let Heasely and the other winners fight it out. But the Sponsor didn't stop there. The Official Rules provided that the Sponsor "shall be entitled to reimbursement for 5 times its costs and fees, including attorneys' fees, which result from the determination and resolution of the validity of unjustified protests." The Sponsor then sought 5x its attorneys' fees in the lawsuit.

The case has yet to be finally determined, but the pleadings and some rulings in the action give a good highlight of just what comes up when the prize doesn't go down.

Polygraph Requirement: Many promoters insert clauses for background checks in the Official Rules to try to ensure that the winners aren't complete creeps. But the polygraph requirement is a new twist. To the Sponsor's credit, the Official Rules spelled out that the test may be requested by Sponsor "at its discretion," that it will be administered by a Sponsor-approved "examiner administered to ASTM standards and will be at the angler's expense." (Because this was a skill contest, this additional cost for an entrant was likely not improper consideration.) And the rules provided for a dispute mechanism for the testee.

Waiver: Heasley has claimed that the Sponsor waived and is stopped from enforcing the Official Rules because it jumped the gun by going to court before determining the rightful winner. The Official Rules did not contain any provision for filing an interpleader action to resolve any disputes.

Good Faith and Fair Dealing: Official Rules are contracts and binding on entrants. But contracts are also subject to claims for breach of the implied duty of good faith and fair dealing. Heasley claims the polygraph tests were provided without a formal protest being made, that he was awarded the prize before the polygraph tests, and that the Sponsor did not give Heasley the right to contest the tests, among other things.

Sponsor's Claim for 5x Legal Fees: The Court determined that the Sponsor was not entitled to recovery of 5x its legal fees. The Court said this amount was "grossly excessive and disproportionate" in light of the $2.8 million at stake, especially since as an interpleader the Sponsor had no financial stake in the case. Importantly, the Court also relied upon the fact that the clause "appears to be triggered at discouraging Tournament participants from rushing to the courthouse," and therefore its intended in terrorem effect would not apply here because it was the Sponsor who initiated the lawsuit.

Lessons to Be Learned

When currents stir up legal storms, it's a good time to reel in the lessons that can be learned. Here are a few from the White Marlin Open case: