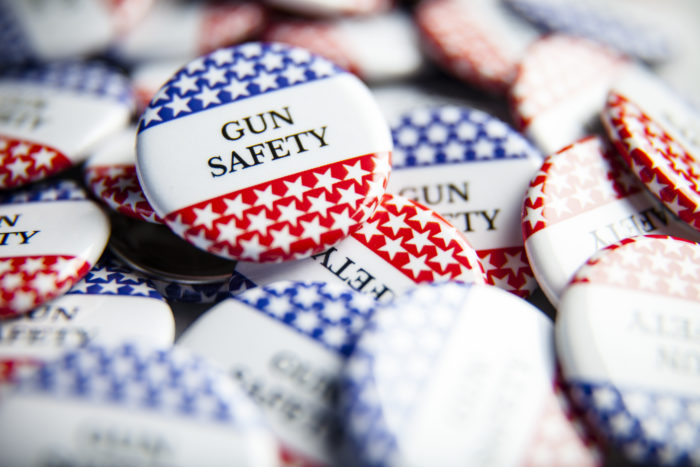 In some ways enacting laws is like a contest – a game of skill between qualified legislators – or maybe it's really more like a game of chance – where winning depends upon luck. The disappointing facts since the Sandy Hook massacre demonstrate how both legislative skill and bad luck have combined to stifle any hope that such senseless killings will stop.

Guns may have a place in society and there are certain protections afforded by the Second Amendment, but all people should be troubled by the fact that a 20-year old disturbed human being was able to use an assault rifle to take the futures away from 20 children and 7 adults while they were in their grade school classroom.

I write about Sandy Hook this day, five years later, because I live and work only miles from the location of the (then) second-worst mass shooting in U.S. history. [NB: Since then, the Las Vegas and Pulse nightclub shootings have surpassed the number of casualties at Sandy Hook.]

Sandy Hook was supposed to be a wake-up call for America. Here's what's happened since then:

210 laws were enacted throughout U.S. states

The Assault Weapons Ban of 2013, which would have required universal background checks – failed to pass the Senate.

The Manchin-Toomey Bill (2013), which would have required background checks for gun sales between private dealers – died in the Senate.

The Terror Gap Bills of 2016, which would have added suspected terrorists to the federal background-check system – were rejected by the Senate.

In October 2017, the House shelved a bill to limit gun silencers.

On Dec. 6, 2017, the Concealed Carry Reciprocity Act, allowing people who have a concealed carry permit in one state to use it in all other states – passed the U.S. House of Representatives.

In sum, over 100 attempts at federal reform died in Congress since the tragic day in Sandy Hook.

Does this have to continue or can the collective skill of our federal legislators end the senseless deaths wrought by gun violence, at least making mass shootings more occasioned by chance than expectancy? Such results are not unheard of.

For example, on April 28, 1996 in Port Arthur, Tasmania, Australia, a 28-year old man left his house with his firearms and proceeded to randomly kill 35 people at a number of locations. In response, Australia passed strict gun laws, including restricting private ownership of high-capacity semi-automatic weapons. As a result, between 2010-2014 gun-related homicides dropped by 40% per year and suicides by firearm dropped by 50% within the first two years. Notably, between 1996 and May 2016 there were no mass firearm killings.

In that same year (1996), a 43-year-old man used legally owned handguns to kill 16 children and their teacher in Dunblane, Scotland. In response, gun laws were tightened and there has only been one mass shooting in the U.K. since then.

We all expected that senseless killings of school children would have been the catapult for our legislatures to do something about gun violence. Unfortunately, since that time mass shootings have become predictable in the United States.

There is hope that the federal government can use its skills to protect its citizens from deadly weapons. In April 1987, 7-year old Michelle Snow was tragically killed in her backyard by a misthrown lawn dart. Her father started a campaign and the very next year, the U.S. Consumer Product Safety Commission issued an order outright banning lawn darts in the U.S., noting the 670 lawn dart injuries each year.