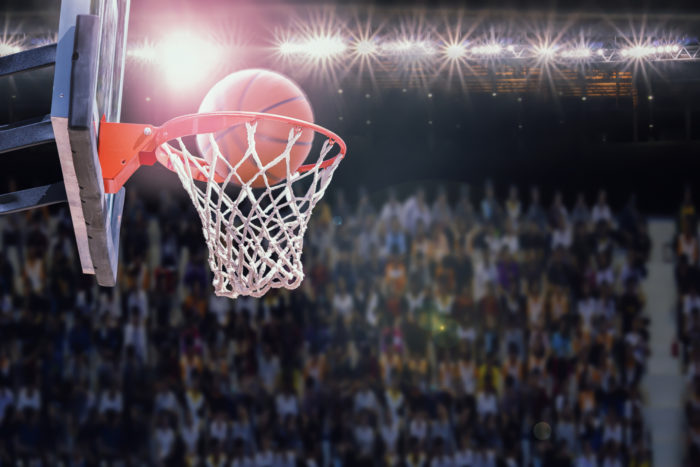 We're getting into the swing of the basketball and hockey seasons and you know what that means? (Yes, the Knicks still haven't been mathematically eliminated.) But also, it's time for the Half-Court Shot Contests and Blue Line Shot Contests to give weekend warriors the chance to quit their day job.

Prizes can range from a few hundred dollars to a few hundred thousand dollars. All you need to do is shoot a 9.55 inch diameter ball a distance of 94 feet into an 18 inch diameter hole. Or, shoot a 3-inch puck a distance of 90 feet into a hole about 4 inches wide – while standing on ice. If you're not Meadowlark Lemon, your odds of making the half-court shot are about 1 in 50. And the odds of scoring on that one-timer are much higher, even if you're Wayne Gretzky.

Because lightening always strikes, there is Prize Indemnity Insurance. You don't need to break the bank just because some hotshot broke the odds.

How Does It Work?

The Sponsor purchases prize indemnity insurance from a reputable insurer. The insurer will assess the "risks" of a contestant winning and issue a policy for a premium. If the shot is made, the insurer pays out.

How Much Does It Cost?

Policies may vary between 2% of the prize to as high as 20%, with, for example, premiums usually between 3 to 15 percent for a half-court basketball shot contest. The premium depends upon a number of factors, most importantly, the odds and the amount of the prize.

How To Keep Premiums Down

Include restrictions that make it less likely for little Mario Lemieux to light the lamp. Such as:

Finally, I give you an odd prize indemnity insurance practice in Japan. Not only must a sponsor be armed with prize indemnity insurance for those hole-in-one contests, but Japanese golfers also need to make sure they can cover the high costs of making a hole-in-one. Every one of the estimated 1 in 12,000 who hits a hole-in-one in Japan has the honor of holding and paying for a party in his or her honor – apparently a party on the scale of a mini-wedding – along with souvenirs for the guests, a commemorative tree planting and a donation to the golf course.

To the contestants: if young Nate Smith can put the biscuit in the basket from 90 feet away (see video here), there's hope for all of us.

To the sponsors: if young Nate Smith can hit the five-hole from 90 feet away (see video above), you better be prepared to pay the consequences.