Win Tickets to Opening Day, But How Do I Get There? 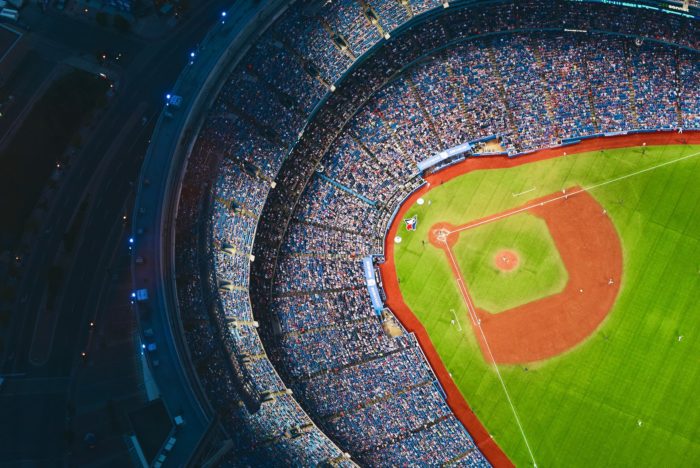 Today (March 29th) is baseball's opening day – the earliest opening day in history. If you're going to the Yankees' opener in Toronto, wear your ski caps it's going to be 9 degrees Celsius – which sounds cold.

I bring up baseball because I noticed on mlb.com that there are sweepstakes that have been running for the opportunity to win tickets to different opening day games. Note: tickets only. As stated in the Official Rules: "TRANSPORTATION TO/FROM THE GAME AND LODGING NOT INCLUDED." Eligibility: Legal U.S. and Canadian residents (of course, excluding Quebec), 18 or older.

[LAWYER ALARM goes off.] Is this the dreaded post-consideration – requiring a winner to pay to redeem, accept, use his prize? Will the umpire toss the promotion as quick as a pitcher throwing spitballs? Baseball, like promotions, are games of rules. And like baseball, the rules are subject to interpretation. The typical knee-jerk reaction to post-consideration is, you're out. But just maybe, you're not shutout when dealing with post-consideration.

Prize, chance, and consideration = illegal lottery. But where does consideration end? Giving away one of those funny bullpen cars would require the winner to buy gas and insurance (?) to use it, but car giveaways are common. Even trip prizes may require transportation to the airport, passports, spending money, but they're bon voyage.

Interestingly, many of the state lottery or gambling statutes, or the case law interpreting them, are drafted in such a way that it can be argued that post-consideration does not make an illegal lottery at all, but instead only when the consideration is provided for the chance to win. For example, the Iowa lottery statute, Iowa Code §725.12 states: "When used in this section, "lottery" shall mean any scheme, arrangement, or plan whereby one or more prizes are awarded by chance or any process involving a substantial element of chance to a participant, and where some or all participants have paid or furnished a consideration for such chance." (Emphasis added.) This is consistent with state gambling laws which require a "bet or wager" on a chance outcome.

The problem may really come from the Prize Notification Statutes. These statutes are as wild as a junk ball pitcher just called up from the minors. Some require specific notice in 10-point/capitalized type of any charges a winner is required to pay in order to obtain a prize. (Iowa Code §714B.1; Minn. Stat. §325F.755). Others pertain to providing notice when there are specific conditions necessary to receive the prize itself. (Kan. Stat. §50-692). Other contain a specific list of charges that cannot be required. (Cal. Bus. & Prof. Code §17537(c)). Others pertain to payment to be made to the sponsor to receive a prize. (Utah Code §13-28-1). Others prohibit a payment to claim the prize. (Conn. Gen. Stat. §42-396). Perhaps because of the wide array of prize notification rules, sponsors try to stay away from post-consideration like a pull hitter from a curve ball down in the dirt.

To get back to the question: can a sponsor just give away the event tickets? Let's look at some examples:

Walt Whitman once said, "I see great things in baseball. It's our game, the American game. It will repair our losses and be a blessing to us." You can look it up.