With A Nod to May Day, Let's Look at Beauty “Contests” 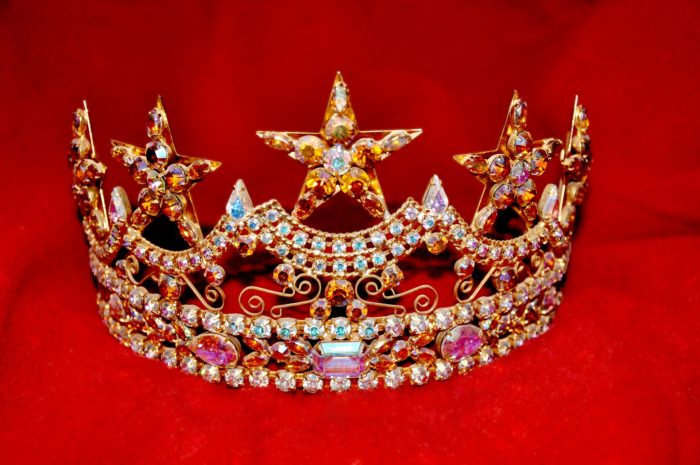 Beauty pageants have been around since the Middle Ages when during the English May Day celebrations a May Queen was crowned. But unlike our current pageant winners who go on to work toward advanced degrees and to advanced popular causes, folklore has it that our early May Queens' reign was more short-lived, literally; since they were put to death once the May Day festivities were over.

Beauty pageants are contests and are subject to contest laws. What do you need to have a legitimate skill contest? 1. An actual skill that can be assessed. 2. Winners selected based upon exhibiting that skill. 3. Qualified judges who have the expertise to judge that skill.

Is "beauty" a skill? We may remember our mom saying she had to "put on her face" before going out, but unless you want to judge on how adept or fast someone is at putting on makeup, etc., it's tough to say that "beauty" is, in itself, a true skill.

How then do beauty pageants come up with an actual skill? Creativity, my friend. Miss America® is judged on such skills as interview and talent, and to cover the swimsuit/fitness and evening wear categories, judges are advised to judge on the "qualities and attributes of a contestant" and their ability to be "attractive with confident and commanding presence." I contrast this with the fact that most beauty pageants allow contestants to augment their "skills" through cosmetic surgery.

What about identifying the entrants? Sponsors want the "All-American" girl to enter. And they can generally restrict entrants to certain genders or ages. And possibly even "naturally born genetic females." But not without risk, a 2016 Miss Galaxy® finalist was later disqualified for being a transgender woman and she petitioned for a rules change. It's also common for beauty pageant rules to prohibit pregnant women from competing or getting pregnant during her reign, posing nude, and (sometimes) even dating during her reign. Being a contractual matter, these restrictions also generally can pass muster.

I'm not here to provide my personal thoughts on beauty pageants and whether some of their aspects are [insert your own words]. I just want to point out that beauty pageants are a popular form of skill contest and how far they can and do go to comply with contest laws.

Last, to demonstrate just how much people like beauty pageants, in April 2017 Ms. Irana Ayupova was crowned a beauty queen when she was serving time for drug dealing at an all-female penal colony in central Russia. Yep, the prison held its third annual beauty pageant and Ms. Ayupova beat out 7 other drug dealers, muggers and thieves to be crowned the most beautiful inmate. Not sure of the judging criteria used (or what talents the contestants exhibited), but we do know that she won't be free to go around the country advancing her platform until her release in 2028.