You Are a Winner - Sweepstakes Scams Are Still Popular 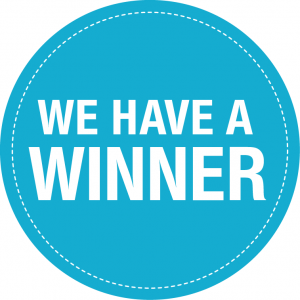 Recently, an affluent and intelligent businessman received a letter on Publishers Clearinghouse letterhead complete with the PCH logo and signed by its CFO informing him – by name – that he was selected as the second place winner in the 100 Million Dollars Super Cash Giveaway Promotion sponsored by Reader's Digest, Mega Millions and Multi-State Lottery Association. (bold in original) He "won" $1.5 million. The letter instructed him to contact the claims manager at a real phone number and provide him with the "Security Code" identified in the letter. The letter even advised him that pursuant to Federal and State law, this Security Code must be kept confidential "which means, you are precluded from discussing your win with third parties." As a very nice courtesy, the letter came with a check for $8,500 "to cover insurance and attorneys fees."

We typically think that only shut-ins, octogenarians, and dreamers may be duped by these tactics, but the prize letter was so close to believable that a prominent businessman needed to confer with a promotions lawyer for an opinion on its legitimacy. To the trained eye, it was clear that this was a hoax. Common red flags include: "winning" a sweepstakes you never entered; an oddly-named promotion; receiving a substantial check prior to any winner validation process; obvious misspellings in the prize notice; questionable sponsors, such as lottery agencies; a warning to keep the winnings confidential; any request for payment; and simply, the appearance of something too good to be true.

So take this as a reminder that sweepstakes scams are still prevalent, the scammers are trying to get more sophisticated and even sensible people can be taken in. (The state lotteries themselves actually bank on the lure of winning millions upon millions of dollars when you have a better chance of being crushed to death by a vending machine – it's true, the odds of winning a $550 million Powerball are about 1:175 million compared to a 1:112 million chance of death by vending machine.) The lessons to be learned: Please be careful when you or a client receives any prize notice and carefully consider whether you really need that late-afternoon Snickers bar.