You May Be A Loser (Does the Recent Publishers Clearing House Class Action Lawsuit Portend Changes in Sweepstakes Law?) 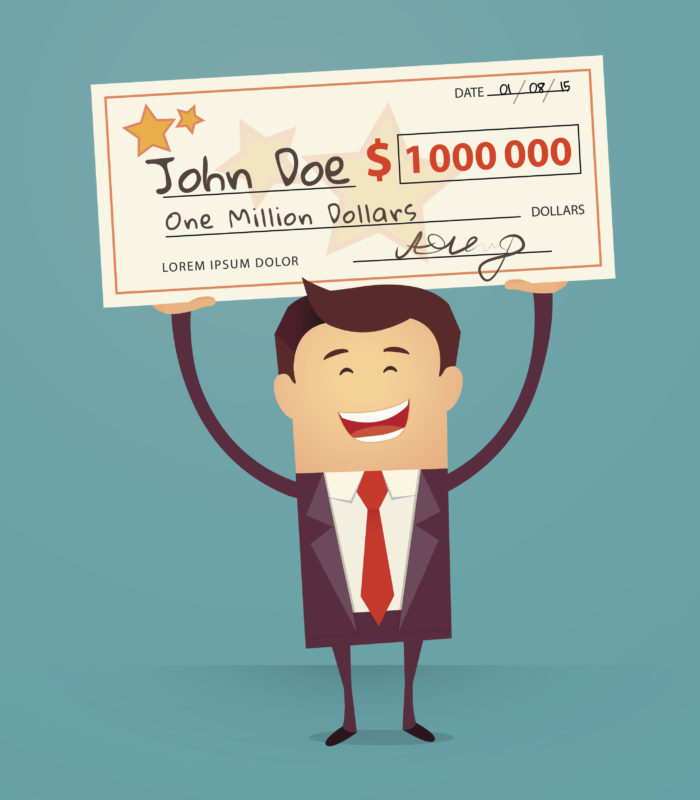 On April 23, 2018, 13 disgruntled senior citizens, led by a retired and disabled veteran who for seven years purchased hundreds of items from Publishers Clearing House (PCH) believing this would increase his chance of winning the PCH Sweepstakes, sued PCH in federal court in New York claiming PCH was guilty of a number of deceptive trade practices.

For years PCH has been the poster child for questionable sweepstakes and a lightning rod for investigations. Everyone knows it's "You May Already Be a Winner" slogan (at least we do here), and that at any moment they may creep up to your house, ring the doorbell like a hyperactive kid on Halloween, and pounce on you with a ginormous winner's check. And for years, consumers and regulators alike have been patrolling the PCH Prize Patrol, this time with a multi-million dollar lawsuit that reads like a primer on sweepstakes law.

A little background. PCH began in 1953 with the idea that magazine subscriptions can be sold by mail rather than door-to-door, which not only saved wear and tear on loafers, but allowed PCH to offer magazines from a number of publishers as one-stop shopping for families. To expand their mailing lists, in 1967 PCH began offering sweepstakes prizes (following the lead of Reader's Digest). The winning numbers were preselected (generating the line, "You May Already Be a Winner") with grand prizes from once $5,000 to now $10 million. With current odds of winning in the neighborhood of 1 in 1,750,000,000 – about the same odds as someone hiring Rudy Giuliani for her lawyer.

The kicker was that PCH, while offering a no purchase necessary to enter option, did a keen job in making people believe that buying subscriptions would increase one's chances of winning, such as by stating in giant block letters on entry forms that the recipient was the grand prize winner followed by much smaller type stating, "if you return your entrance form and it displays the winning number."

PCH's actions led to sweepstakes regulations. For example, in 1999, Congress passed the Deceptive Mail Prevention and Enforcement Act which included a number of specific mandatory disclosures in sweepstakes mailings, including the now popular: "NO PURCHASE NECESSARY. YOUR PURCHASE WILL NOT INCREASE YOUR CHANCE OF WINNING."

Forward to today, the current gray brigade filed a complaint that details the history of governmental scrutiny against PCH in 1992, 1999, 2001, 2003, and 2010 which ended with settlement payments of over $50 million. The recent claims are a litany of "don't do that" warnings given to clients: violation of the Deceptive Mail Act, CAN-SPAM, unfair trade practices law, false advertising.

The questionable disclosures cited in the complaint harken to the "how could you do this" speech you'd give to your duped grandmother, with such gems as a "fair warning" that the recipient has been placed on the "Winner Selection List", and an "EXECUTIVE OVERRIDE" providing a "special upgrade to DOUBLE the standard prize … reserved and granted to recipients with a timely entry from this Notice", and a simulated check for $15,000,000 that's guaranteed to be awarded to "someone like You!"

The silver suers also take on PCH's digital marketing which employs a "Search and Win" technique encouraging online users to uncover tokens and search the site for "more ways to win." And encourages consumers to "Make PCHSearch&Win part of your daily life!" In fact, the complaint goes on for 11 pages reciting specific representations made in paper and online by PCH.

Finally, the long-bearded litigants take on the arbitration clause in PCH's webpage's "Terms of Use" claiming that its non-binding because the Terms of Use hyperlink is small and hard to find and because it is unconscionable and not clearly communicated.

Why should you care? If past history serves as an indicator then PCH wrongdoings could lead to new sweepstakes laws. Here's some conceivable regulations that can stem from this lawsuit:

1. Eliminating or limiting the Arbitration Clause. Every lawyer (except maybe a certain Attorney Cohen) knows that courts, states and Congress favor arbitration, in general. But arbitration is less favored when put upon unknowing customers. If we don't see an outright ban of arbitration in sweepstakes disputes, we could see some prominent (bold type, capital letters) disclosures required if you want to impose arbitration on entrants.

2. More prominent AMOE (alternate method of entry). It may be typical to mention in ads that No Purchase is Necessary and reference where to find the AMOE. But given PCH's apparent practice of hiding the AMOE, states may impose stricter AMOE disclosure requirements such as having the actual process conspicuously displayed with equal prominence as the purchase method of entry.

3. Senior citizen protection. Perhaps seniors can get similar treatment to children (no offense) with specific clear, easy to understand language in ads and rules, including conspicuous mention of the AMOE.

4. Consumer disclosure. Colorado has a direct mail statute that requires certain consumer disclosures be made in the rules in a separate section entitled "Consumer Disclosure" in in 10 point type with such things as the odds, the prize limitations, and entry dates. If states believe the basics are being clearly disclosed to consumers, this practice could be picked up in other sweepstakes advertising.

This is not meant to be a Chicken Little moment, but when the big fall they typically take everyone else down with them.