PORTLAND, Maine – Verrill is pleased to welcome back Stephen B. Segal to the firm’s Portland office as Counsel in its Litigation & Trial Group.

Segal represents individuals, businesses, and multinational corporations in a wide variety of civil matters, particularly in the areas of complex commercial and bankruptcy litigation.

Segal has litigated cases in several different jurisdictions in and outside of New England. His broad and diverse commercial litigation practice has included disputes involving breach of contract claims, matters arising under the Uniform Commercial Code, enforcement of mortgages and security agreements, product liability, and other business torts. Segal has also litigated numerous disputes before the United States Bankruptcy Court, including those involving fraudulent and unauthorized post-petition transfers, preferences, aiding and abetting, and directors’ and officers’ breaches of fiduciary duties.

Segal originally joined Verrill in 2015 after serving as a law clerk to the Honorable John A. Woodcock of the United States District Court for the District of Maine. He recently rejoined Verrill after practicing at a law firm with a national presence for approximately one year. During law school, he served as a judicial extern to the Honorable Kermit V. Lipez of the United States Court of Appeals for the First Circuit. 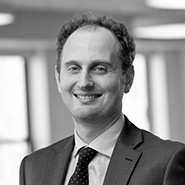 Represented large semiconductor manufacturer in an ITC investigation and parallel district court proceeding in U.S. District Court for the Northern District of Illinois, defending against two patents owned by a competitor relating to microelectromechanical...