When the Witch in the Office Asks for the Solstice Off, Don’t Laugh, She’s Not Joking 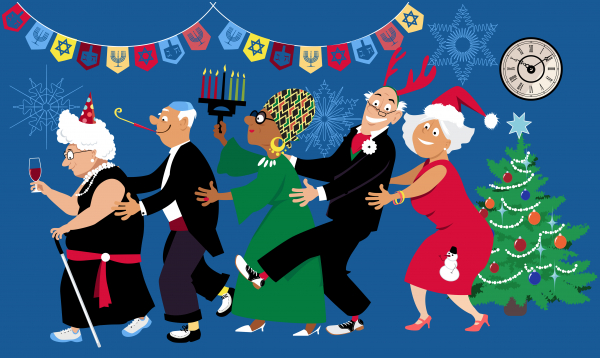 Recent studies reveal that 0.4 percent of Americans (which is between 1 and 1.5 million) identify as Wicca or Pagan, which is more than the people who identify as Presbyterian. What does this mean to you? Well next month, if Sally in the office says that she cannot work on the winter solstice because of her religion, don't point your Harry Potter wand at her and laugh.

Recall that an employer has obligations to accommodate religious needs of all employees without regard to the religion they practice. Title VII of the Civil Rights Act of 1964 protects employees from employment discrimination based on religion. What does that mean? It means that an employer needs to accommodate employees' "sincerely held religious beliefs" unless doing so would impose an undue hardship on the business. What is a religion under Title VII? Religion is very broadly defined and includes traditional organized religions (Christianity, Judaism, Hinduism, Buddhism, etc.) as well as new or less common beliefs that may not even be part of a formal church or sect. Here, Wicca would most likely found to constitute a protected religion. What are some common accommodations that can be made? The EEOC guidance suggests the following common religious accommodations:

EEOC Guidance. Accordingly, permitting Sally to not work on the winter solstice, if required under her religious practices, would likely be a reasonable accommodation unless the employer can show an undue hardship. Showing an undue hardship is a high hurdle and requires more than a slight inconvenience.

For questions regarding your company's responsibilities under Title VII or duties when faced with a request for a reasonable accommodation related to religion, contact Tawny Alvarez or another member of Verrill Dana's Labor and Employment Practice Group.