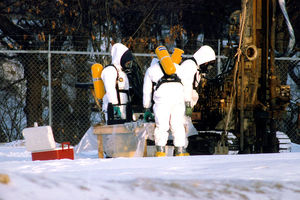 This article was written with the assistance of Nora Lawrence, Associate.

The Environmental Protection Agency (EPA) recently announced plans to evaluate whether a 17-mile stretch of the Hackensack River in New Jersey should be added to Superfund’s National Priorities List (NPL). The assessment comes as a response to a citizen petition filed by the non-profit, Hackensack Riverkeepers, whose members are concerned by the high levels of mercury, polychlorinated biphenyls, and other toxic chemicals contained in the river’s sediment. The EPA’s assessment will take place over the course of the next year. Should the river be added to the NPL, it would join over 1,300 existing Superfund sites, which mostly consist of industrial sites, waste disposal facilities, and polluted waterways. New Jersey is already home to 114 Superfund sites, more than any other state in the nation. Several of these sites are already located on or near the Hackensack River and its neighbor, the Passaic River. There are potentially hundreds of responsible entities, as the contamination is the result of a century’s worth of industrial activity along the banks of the river. The Newark Bay Complex Superfund Site which includes portions of the Passaic River is already the subject of a contentious process focused on addressing dioxins, pesticides and volatile organic compounds. It has been the subject of a protracted state litigation which was recently settled, leaving the potential for additional litigation in federal court.

Long and arduous cleanup efforts will take place regardless of whether the EPA ultimately declares the area a Superfund site. The Department of Environmental Protection (DEP) reports that various agencies have already begun brainstorming potential cleanup procedures. Until now, cleanup efforts have focused primarily on the sites close to the river, and the riverbed has been largely overlooked. However, cleaning the riverbed presents unique challenges, because the Hackensack and its tributaries are tidal, which means that contamination in one part of the river can quickly spread to others. Another major issue is the concentrations of certain contaminants within some of the Hackensack’s major tributaries. For instance, a 6.5 mile stretch of Berry Creek, already listed on the NPL and under study contains some of the highest levels of mercury ever recorded in a freshwater body within the United States.