We were retained by the City in the State of New Hampshire following a $60 million project for a large addition to an existing municipal building. Due to the nature of the underlying soils, the project involved installation of ground improvements known as aggregate piers to stabilize the bearing capacity of the subsurface clay. Shortly after taking occupancy the City noticed significant cracking in walls and floors. Geotechnical and structural investigations revealed that the building experienced differential settlement (i.e. sinking) resulting in structural problems, cracking, and out of plumb doors. We spearheaded the technical evaluation and pursued and successful strategy with our client to leverage and out of court resolution that maximized out client's recovery so that it could undertake corrective work without further expenditure of City funds.

Bid Protest: Court Requires Award of Contract to Our Client. 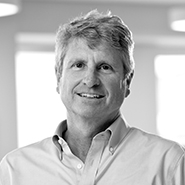