Casino Owner's "Seaman Exemption" On the Rocks in Georgia

We love boat cases! We also love it when our colleagues makes clever arguments, even if those arguments are a bit of a stretch. The casino ship Emerald Princess II hailed from the port of Brunswick, Georgia. On weekdays, she would take a boatload of adventure seekers on a six hour tour, a six hour tour. On the weekends, the good ship would sail on a five hour day cruise, then again on a six hour evening cruise. For their work, dealers received $20-35$ per shift, plus their share of the tip pool. When the weather started getting rough, the dealers sued their direct employer and the owner of the ship for violating the FLSA by not paying them overtime and for dipping their toes into the tip pool.

If not for the courage of the fearless members of the Defense team, the case would be lost. To their credit, Defendants made several effective arguments, but one argument caught our eye. Defendants argued that the dealers were seaman under the FLSA and therefore exempt from overtime requirements. Now the definition of "seaman" is not uncharted. The DOL regulations and guidance say an employee is a seaman only if:

He performs, as master or subject to the authority, directions, and control of the master aboard a vessel, service which is rendered primarily as an aid in the operation of such vessel as a means of transportation, provided he performs no substantial amount of work of a different character.

The intrepid "seaman" in this story primarily dealt cards, operated table games and counted chips. In fact, they were told that if they so much as touched anything mechanical or electrical on the ship, they would be fired, and probably hit with a hat. The judge would have none of it and denied Defendants' argument.

This case has a couple of takeaways: (1) If you are an employer, although it may look as inviting as a tropical lagoon, keep your hands out of the tip pool. (2) It's springtime in the Northeast and the tourist boat will soon be plying the cold Atlantic waters. This might be a good time to look at who does what on the boat. (3) As lawyers, we often make great arguments in briefs, only to have the court turn those arguments around in the opinions, so we'll cut these folks some slack. (4) If you're about to board the Emerald Princess II and you see the captain chasing around the mate, while an obnoxious wealthy couple chats it up with a scientist and a red-head in a cocktail dress, turn around…and take the Iowa farm girl with you. 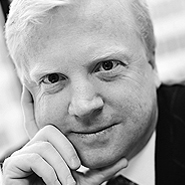