Dude, I Think He’s High…Can I Fire Him? 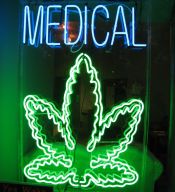 Oftentimes clients ask, "When we think an employee is high, can we fire him?" My answer is consistently the same, "That depends." It depends on a whole host of factors, what state do you live in, what industry do you work in, why do you think he's high, but most importantly, what is your risk tolerance?

In at-will states (of which many are), an employer can terminate an employee for any reason as long as it is not in violation of a law. The problem is, the list of laws which protect employees continues to become longer and longer. Employee protections related to the use of controlled substances is no exception. We see the ADA, state marijuana laws, OSHA, state drug testing laws, and other fair employment practices laws consistently affecting the marijuana in the workplace analysis.

Moreover, the law is ever-changing. On Sunday, April 17, 2016, Pennsylvania Governor Tom Wolf signed legislation which will legalize the use of marijuana for medicinal purposes in Pennsylvania—"The Medical Marijuana Act." The law will take effect on May 17, 2016. The law does affect the employer/employee relationship within the state and includes two relevant provisions. First, the Act includes a broad anti-discrimination provision which provides: "No employer may discharge, threaten, refuse to hire or otherwise discrimination or retaliate against an employee regarding an employee's compensation, terms, conditions, location or privileges solely on the basis of such employee's status as an individual who is certified to use medical marijuana." This anti-discrimination "status" language is similar to that in a handful of other states, including Maine.

Second, the Act does provide that there is no affirmative duty to accommodate the use of marijuana at the workplace and permits the discipline of employees if he or she is "under the influence" at work. Specifically, the Act provides:

Nothing in this Act shall require an employer to commit an act that would put the employer or any person acting on its behalf in violation of federal law.

The statute does include limited employment exemptions which pertain to certain safety-sensitive jobs.

The problem, however, is what is "under the influence?" How can an employer determine whether an employee is "impaired" and is that the same as having a discernible amount of THC in their system? In some cases the answer may be yes, in others no. Cutting through the haze of marijuana in the workplace continues. There is no easy answer to the issues surrounding the state legalization of a substance that remains illegal under federal law. Verrill Dana's Labor & Employment Practice Group has dealt with advising, litigating, and arbitrating issues surrounding this difficult conundrum throughout New England and would be happy to discuss our experiences with in-house and defense counsel.