Seaman Experience a Texas-Sized Controversy Under the FLSA 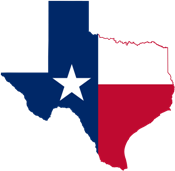 Hey Tex, when is a sailor not a sailor? According to the Fifth Circuit, when the sailor's primary duty is unloading cargo. When we New Englanders think of Texas, we think of open prairies, Cadillacs with horns, and oil fields. But for the last two years there has been a Texas-sized controversy involving the definition of the FLSA's definition of a seaman. In Coffin v. Blessey Marine Services, Inc. a group of workers served aboard a tug and barge refueling ships on the Gulf Inter-costal Waterway. As sailors, they were exempt from the FLSA. The workers did not dispute that they were sailors when they worked on the tug, but claimed to be longshoremen when they walked onto the tug to engage in refueling operations. The employer argued that the employees were primarily engaged in operating the tug, not in unloading cargo. The Fifth Circuit agreed but in doing so engaged in an excruciatingly detailed analysis of the job duties performed by the employees. Other than the odd visualization of a Texan Sailor, this case illustrates how much the facts matter in FLSA cases and how critical it is gather those facts when there is a complaint.