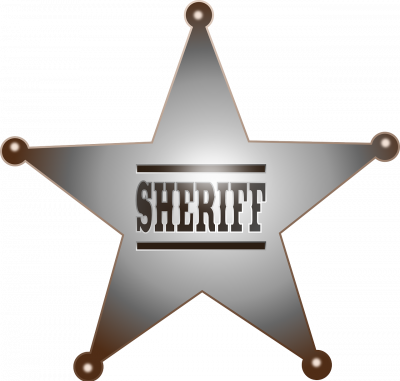 As the Fifth Circuit noted, the facts are undisputed. The Chief Deputy Sheriff learned that two sheriff's deputies had "taken up residence in the other's house, exchanging spouses without having divorced their current wives." As a result he placed the two deputies on leave for violating the Sheriff's Code of Conduct which included the following standards:

Not only did the Chief Deputy Sheriff believe the Sheriff's Code of Conduct had been violated—but also that the deputies had violated policy by failing to inform their direct supervisors of a change in address within 24 hours of the change. The deputies were given a specified period of time to cease living with the woman who was not his spouse or they would be considered to have voluntarily terminated employment. The deadline passed, the deputies living situations had not changed, and a lawsuit was instituted by Plaintiffs.

The District Court found that the Code of Conduct was not unconstitutionally vague and that case law had "uniformly approved terminations of law enforcement officers for sexually inappropriate conduct." The Fifth Circuit found no errors in fact or law and noted:

Sexual decisions between consenting adults take on a different color when the adults are law enforcement officers. Their enforcement duties include, for instance, crimes of human trafficking and spousal abuse that place them in sensitive positions with members of the public. Their involvement in relations that openly and "notoriously" violate the legally sanctioned relationships of marriage and family is likely to besmirch the reputation of the Sheriff's Department and hinder its ability to maintain public credibility. Moreover, these officers' extramarital relationships, even if consensual and loving at the outset, have treat potential to create internal dissension within the force. Finally, it is hard to envision how the existence of [the deputies] cohabitation with each other's wives prior to divorce and remarriage might be adversely used in litigation concerning the deputies' official conduct.

It is unclear whether the Court's reference to human trafficking and spousal abuse indicate an opinion that they viewed the current situation as similar in character, or simply examples of the type of work that the deputies may, in certain situations, find themselves faced with. Further, it is unclear as to whether the Court would find other marriage infidelities—specifically those that do not appear consensual to both parties, which would not appear to be the case here. Other courts, have, however, upheld terminations based on extramarital affairs.

While this issue is limited to public employers' policies, it provides an interesting view as to the Court's view of illegal, immoral, and indecent conduct standards as they apply to public employees.