Do I Need the Horse's Permission to Take its Picture for a Contest? 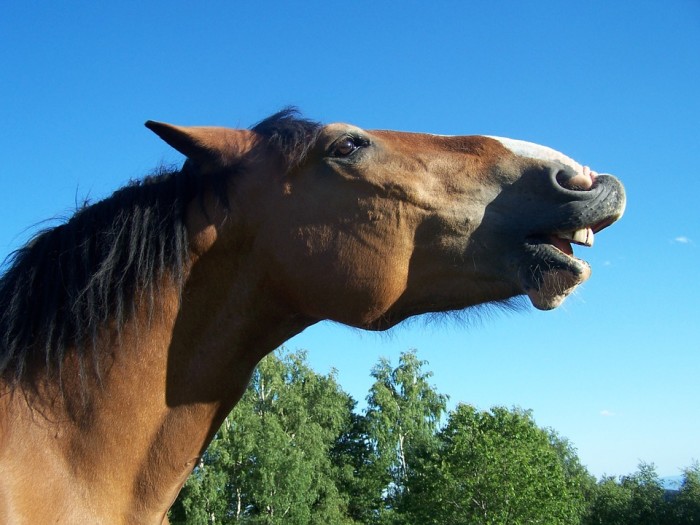 The Guardian reported on February 2 that the owner of a horse who was in a winning contestant's selfie claims that she should share in the contest prize because the winner did not get her permission to take her horse's picture. Unknown if the horse gave permission, I can't tell if he's happy or upset in the winning photo. http://www.theguardian.com/uk-news/2016/feb/02/owner-photobomb-horse-demands-share-2000-selfie-prize "Horsefeathers" said the sponsor of the contest who awarded the prize only to the photographer.

We all know that a horse is a horse of course, of course and that a horse can't grant permission to use its likeness in a contest. But must its owner? Sorry, Charlie, publicity rights have not been granted to animals. Although owners have tried. In New York a dog owner unsuccessfully sued a biscuit company that used Fido's photo in an ad without the owner's permission. In Missouri, a jury originally awarded a horse owner $5,000 for an alleged unauthorized use of the horse's image in an ad. But the appellate court said "Whoa" and reversed.

But what if the horse took the photo? You may have seen that back in November PETA filed a lawsuit in Federal Court in California declaring Naruto the macaque the copyright owner of selfies he took from a person's camera. http://www.peta.org/blog/monkey-selfie-case-animal-rights-focus/ As reported, the judge in the case wants to throw a monkey wrench into it and dismiss the claim.

The lesson: when having any type of contest or sweepstakes where entrants submit a photo make sure that you get rights to the photo from the photographer and all persons depicted in the photo (tiny paws have incredible difficulty holding a pen). You should include a grant of such rights in the rules and you should also require the winner to sign an assignment of rights during the validation process. Don't monkey around with this.