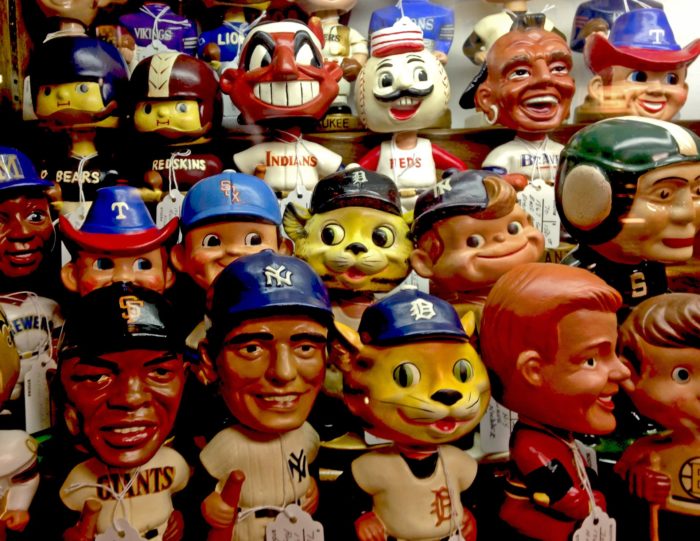 Bobblehead: "A figurine with a disproportionately large head mounted on a spring so that it bobs up and down, often made as a caricature of a famous person."

Giveaway: "A thing that is given free, especially for promotional purposes."

Sales tax: "The portion of the purchase price typically forgotten about. Generally seen in price advertising as '+ tax'."

On June 13, 2018, the Ohio Supreme Court heard oral arguments in the case, Cincinnati Reds, LLC v. Testa, Ohio, No. 2017-854. The issue: Should the Reds incur sales tax on the bobbleheads they give away at a ballgame? Two things are certain in life: baseball and taxes. While the bobblehead may be particular to sports figures, the implications of this Ohio case could affect the budgeting figures for any company that gives away trinkets for promotional purposes.

The state of Ohio did an audit of the Reds and sought $80,000 in sales tax over a two-year period stemming from the Reds giving away promotional items at ballgames, ranging from bobbleheads, jerseys, t-shirts, baseball cards, etc. The State argued that these items are subject to a sales tax because they are tangible personal items purchased by the ball club – the same way you're hit with sales tax when you buy that ball cap from the stadium store.

The Reds hammered back with the argument that these items are not taxable because they are incorporated in the price of the game ticket and are exempt from sales tax under a "resale exception" to the tax law, which says that a purchaser (the Reds) does not incur sales tax when the item is or is intended to be resold. The concept is that there is consideration for the item by the fan paying for a ticket to the game and therefore, the bobblehead is being "resold" to the fan as part of the ticket price. Supporting the Reds argument was that the fact that the seasonal promotional items are taken into account when pricing tickets and that bobbleheads drive ticket sales, and thus, the Reds get something in return for the bobblehead.

Surprisingly, this issue has already come up before. The Missouri Supreme Court decided that the Kansas City Royals were not responsible for sales tax on their bobbleheads, while the Wisconsin Supreme Court held the Milwaukee Brewers were. So expect to see more classic giant-head George Bretts running amok with a tar-stained bat. (For those of you born after 1983, please see video here.)

This sales tax issue can have implications beyond bobbleheads – Happy Meal toys, other premium offers and perhaps even that swag you get at trade shows could be affected by state sales tax and could result in how companies treat these giveaways. Adding sales tax to the items could result in companies having to make a tough decision as to how much cost they want to incur to spur their sales with promotional items. Different treatment in different states could also cause companies to consider limiting promotional items in certain states. And if attendees at trade shows didn't get those pens, pocket protectors and stress balls with a company's logo, what would they have to give their kids when they return from the conference?

Thank you Cheryl Johnson, our resident tax lawyer and baseball fan, for suggesting this piece.