FTC 2017: Consumer Protection Year in Review (aka. If you do it, we'll catch you) 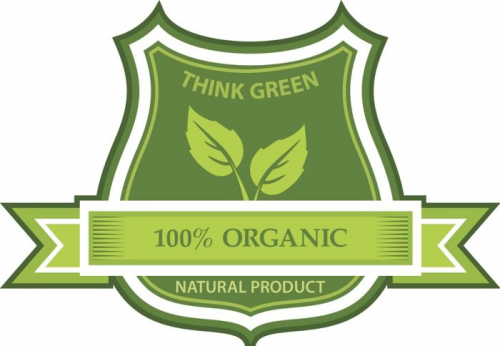 In October 2017, the FTC charged A1 Janitorial Supply Corp. with deceptively calling businesses offering a "free" sample of its cleaning products and then billing them for the samples after shipping. Hoping that one hand wouldn't wash the other, the company shipped the goods to one employee (who received the telephone call) but then sent the invoice to another employee. The FTC alleged that this practice violated the Telemarketing Sales Rule, 16 CFR Part 310 and the Unordered Merchandise Statute, 39 U.S.C. § 3009. A TRO was entered and the case is still pending.

The lesson: To stay squeaky clean, remember free means free even when it's B2B.

In March 2017, the FTC filed a complaint against World Patent Marketing, Inc. alleging violations of Section 5(a) of the FTC Act, 15 U.S.C. § 45(a). WPM was allegedly involved in a patent scheme by asking customers to submit their ideas (and some cash) to get their ideas patented. Along the way, WPM told customers about the assistance of a non-existent Review Team and its non-existent relationship with Harvard, Baylor and MIT. On its website, WPM touted "success stories" from inventors that never received patents and never brought their products to market. WPM tried to dismiss these misgivings by arguing that had they had some disclaimers on its website and in its materials. The FTC didn't buy it.

The lesson: Caveat emptor (no matter how strong the caveat) does not protect the venditor when at first he starts to deceive.

In September 2017, the FTC brought its first case for deceptive "organic" advertising against Moonlight Slumber LLC, a maker of baby mattresses, who disseminated ads claiming that its mattress is an "Organic, hypoallergenic mattress that eliminates chemicals in your crib." The ads also included an official looking "Green Safety Shield". The problem, according to the FTC, was that neither the mattress core nor the fire barriers contained any organic material and about 70% of the cotton cover was not organic. Only the mattress ribbon, a minor component, was purely organic. Moonlight Slumber also failed to disclose that it awarded itself the Green Safety Shield approval.

The lessons: You can only rest peacefully when your "organic" product is made from substantially all organic materials. And, it's time to put phony seals of approval to bed.

In November 2017, the FTC settled its first influencer case against CSGOLotto, Inc.and its owner-influencers. The influencers were provided free "skins" (virtual currency) to use to play its online shooter game. The influencers posted videos on YouTube playing the game and disseminated tweets promoting their successes. The influencers, however, forgot to disclose in the videos and tweets that they were owners of the company and provided free skins to play.

The lesson: Give people a fair shot to figure out that you're touting your own shooting game.

In December 2017, the FTC settled with online retailer AdoreMe for alleged violations of the Restore Online Shoppers' Confidence Act (ROSCA), 15 U.S.C. § 8401, for failing to provide customers with a simple method for stopping recurrent charges for negative options. AdoreMe billed members of its VIP membership program a monthly fee of $39.95 unless within the first five days of the month they either bought merchandise or clicked an online "skip" button. AdoreMe advertised that if you forgot to hit the skip button in time, you'd get a $39.95 store credit to be used "anytime" to buy merchandise. However, the program terms provided that unused store credits would be forfeited if the membership was canceled. Consumers could enroll without knowing about this policy, which was buried over 1,000 words into the terms, which were disclosed via a hyperlink "below the fold" on the web page.

The lesson: While less is typically more when selling lingerie, skimpy disclosures are not pretty.

We see at least two major takeaways from the FTC's actions.

One: It's apparent that the FTC wants companies to make material disclosures apparent. There may be nothing ostensibly wrong with offering free merchandise or using influencers or having negative option plans, but be sensible and make important conditions ostensible.

Two: Use the "mom test" – would you really want to use these ads to try to sell your product to your mom? (Don't test it on dad, he'll probably not pay attention and buy anything you put in front of him – good ole dad.)