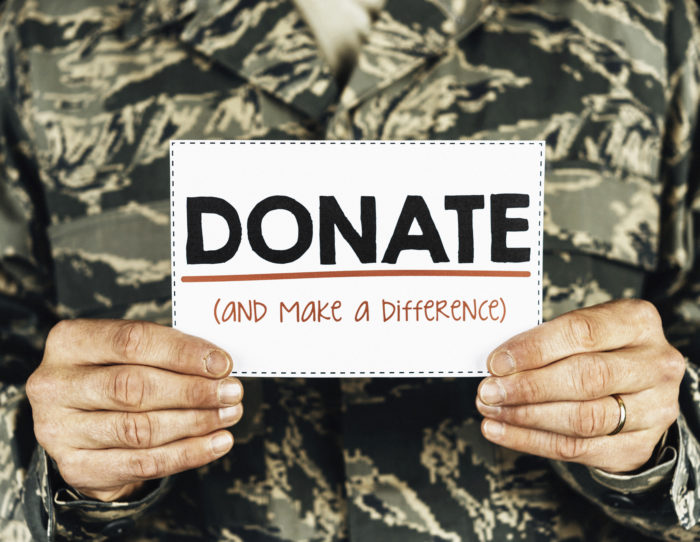 Recently, an Agreed Final Judgment was entered in Tennessee state court following an action by the Tennessee Attorney General (in conjunction with the AGs of 16 other states) against a TN charity concerning issues raised over a commercial co-venture program involving donations for teddy bears purchased to provide care packages to servicemembers.

There was no commercial co-venture agreement between the parties.

Harris Jewelry created a program called "Operation Teddy Bear" in which its stores sold teddy bears in military uniform. For each bear sold a specific dollar amount was donated to OTA for the express purpose of sending care packages to servicemembers.

OTA did not undertake any oversight of the program, never requested an accounting of the number of bears sold nor the appropriateness of the per-unit dollar figure sent to OTA, and never provided Harris Jewelry any information on how the donated funds were used or how many care packages were sent to servicemembers.

OTA also did not maintain the donated funds as restricted funds, and donations were partially spent on non-charitable purposes.

As a result of this admitted conduct, OTA agreed to:

1. dissolve its operations and corporate identity;
2. pay a fine of $10,000; and
3. its CEO agreed to refrain from certain involvement with nonprofit organizations.

2. Are more requirements being imposed on charities? Under the text of commercial co-venture statutes, charities do not expressly have the obligation to request an accounting, determine the appropriateness of the price/donation or provide its co-venturer partner with information on how the donation was used.

The only commercial co-venture law cited in the Agreed Final Judgment pertained to the parties' failure to have a written agreement. Tenn. Code §48-101-519.

The other wrongful actions appear to come upon the general charity requirements found in Tenn. Code §48-101-513 (and not particular to commercial co-ventures), such as raising funds for non-public purposes and false and misleading conduct.

3. Penalties for non-compliance can be harsh. The $10,000 fine is steep, albeit not outrageous, but the charities agreement to cease operations is significant. Penalties under the commercial co-venture statutes range dramatically. Typically, the large fines are meted out to serious offenders. Charities, however, are particularly scrutinized under general charitable laws and the loss of nonprofit status is not uncommon when significant problems arise. It should be noted here that this program was going on from 2012 through 2017.

4. How does this affect the commercial company? Very interestingly, the Agreed Final Judgment expressly provides that OTA agrees "to continue to aid [the AGs] in their investigation into Harris Jewelry." No information is provided about this investigation, but given the admissions by OTA, it's possible that Harris Jewelry could get in trouble for not having a written contract, not providing an accounting and its pricing of the teddy bears.

The pricing/donation per unit issue raised in the Agreed Final Judgment is a little frightening. The Agreed Final Judgment, however, does not go into detail as to the problems with this arrangement. I would think that the AGs cannot force a company to have a certain price or donation during a commercial co-venture, but if there were issues concerning inflating the price or improper disclosures, there could be potential false advertising or deceptive practice violations.

In light of this recent action, commercial co-venturers and charities should be particularly vigilant in complying with commercial co-venture laws. These laws already cover having written agreements, a stated per-unit donation, and an accounting. Additional steps to consider (and provisions to consider including in the agreement) as a result of this recent action are:

1. Allow the charity to review and approve all advertising.
2. State how the charity intends to use the donation.
3. Require that each party is solely responsible for its own compliance with charitable and commercial co-venture laws.
4. Provide for indemnity in the event the other party does not comply with the agreement or with applicable laws.
5. Provide a provision that the company shall not sell the product at a price above its MSRP or shall not inflate the price of the product during the promotion period.

It awaits to be seen whether this recent action is simply a one-off event or a harbinger of regulatory scrutiny to come. In the meantime, careful and thorough compliance with the often-times obtuse commercial co-venture laws is a necessity.