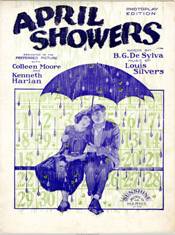 New England administrative agencies and courts have sprung into spring with a litany of action last week that will affect New England employers. Here's the run-down:

Connecticut: Last week the Connecticut Assembly passed a measure that would bar Connecticut employers from requiring employees or applicants to provide access to personal online accounts. The bill is similar to those passed across the country and would make Connecticut the 21st state to adopt such legislation. This bill, S.B. 426, specifically would prohibit employers from requesting or requiring that passwords, user names, or any other access be granted to employers or require the applicant/employee to access the account in front of the employer or invite or accept an invitation from the employer to join a group. The bill has been sent to Governor Malloy for consideration.

New Hampshire: Governor Maggie Hassan last week signed legislation making New Hampshire the first state in the nation to prohibit employers from employing individuals with disabilities at an hourly rate lower than the federal minimum wage. The bill does exclude from coverage worked that provides practical experience, training programs, and family businesses. The legislation will take effect at the beginning of July. This joins the rank of one of the many instances where New Hampshire wage and hour laws will deviate from the Fair Labor Standards Act. Accordingly, when making any wage and hour decision it is imperative that employers review not only federal guidelines, but state guidelines as well.

Rhode Island: Last week Rhode Island Department of Labor and Training Officials as well as Labor Department Officials entered into a partnership to work to stop the misclassification of individuals as independent contractors and other nonemployee statuses. The agreement is for three years with the goal of sharing information and coordinating law enforcement efforts to combat misclassifications. Accordingly, if you are currently employing a workforce in Rhode Island that includes independent contractors, please give a member of Verrill Dana's Labor & Employment Practice Group a call to discuss whether your classification is proper.