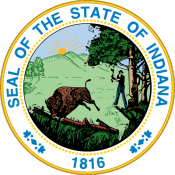 By now you've likely heard about the "Indiana Discrimination Bill" that passed through the Indiana legislature on Monday after a vote of 63-31. The Religious Freedom Restoration Act has been described as allowing any individual or corporation to cite their religious beliefs as a defense when sued by a private party. The intent, it would appear, was to protect business owners who did not want to serve same-sex couples. Let us use as a hypothetical a bakery that does not want to bake a cake for a same-sex couple as a result of the bakery owner's religious beliefs. One of the primary authors of the bill, Senator Scott Schneider noted: "You don't have to look too far to find a growing hostility towards people of faith." ACLU advocate Eunice Rho has been quoted as saying, "This bill would give anyone the right to argue that they don't have to follow state or local laws—including basic civil rights laws related to employment, housing and public accommodations."

A full copy of the bill is available here. The language in the bill permits an entity (in our hypothetical the bakery) being sued (by the same-sex couple) to use this bill as a defense to a claim of discrimination. In order to overcome the asserted defense, the bill places the burden on the government to show that the law the entity is being sued under (likely an anti-discrimination statute addressing employment, housing, or accommodations but there is nothing limiting it to also apply potentially in criminal situations) has been created "in furtherance of a compelling governmental interest" and "is the least restrictive means of furthering that compelling governmental interest." The bill also permits the bakery to bring its own cause of action against the government if it prefers. The bill provides the governmental entity the right to defend the constitutionality of the statute (i.e., that it is in furtherance of a compelling interest and the least restrictive means of furthering that interest) against the bakery's claim, but does not require that the government become a party to the case or that it defend the statute at all. In a situation where the government does not become a party, under the language of the bill, the court would appear to be in a position where it would have to find that the government has failed to defend the constitutionality of the statute. Absent a defense by the government of the statute, the court can find that the statute in question violates the bakery's religious rights, and therefore the bakery does not need to follow the statute. Additionally, the language of the bill permits the awarding of compensatory damages to the bakery (and potentially attorneys fees and costs). Accordingly, the bill would appear to allow the court to enter an order against a non-party (the governmental entity if it did not intervene) requiring it to pay compensatory damages in a case which it was never a party.

Effectively this bill creates a separate trial within each discrimination claim if the employer/entity alleges that the discriminatory conduct was based on its religious beliefs. The statute then puts the burden on the government (which may or may not be a party) to defend the constitutionality of the anti-discrimination statute. The bill is unclear whether or not the plaintiff could argue on behalf of the government, but we can expect defendants to argue that the plaintiff lacks standing to make such an argument. So, the bill as written provides that it is the governmental entity that must show that the statute is the least restrictive means of addressing a compelling governmental interest; however, the bill seemingly does not permit the plaintiffs (in our hypothetical the same-sex couple) to attempt to craft an argument in response to the employer/entity's (the bakery's) defense. In that case, we are left to wonder what might happen if the government did not intervene. A strict reading of the statute suggests that the court would invalidate the anti-discrimination law leaving the plaintiff without a remedy, just because the government refused to defend it. More importantly, the bill does not appear to limit the statutes to which it applies. Instead, it forces the government to meet the highest burden possible, strict scrutiny, in order to justify any law that can be challenged on religious grounds.

The Governor has indicated that he will sign the bill as proposed. It will be interesting to watch how the language is interpreted by courts upon signing. Verrill Dana's Labor & Employment Group will keep readers posted.