Is the DOL Getting Hot Around the Collar with the White Collar Exemption? 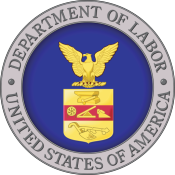 As most employers know by now, the U.S. Department of Labor ("DOL") has proposed amendments to the Fair Labor Standards Act's ("FLSA") "white collar" exemption tests for executive, administrative, and professional employees. If you have not yet heard, you can learn more here. The proposed amendments revise the salary basis test by, among other things, more than doubling the annual salary required for an employee to be considered exempt from overtime or minimum wage provisions under the FLSA's white collar exemptions. Currently, the white collar exemptions in 29 CFR Part 541 require employers to pay employees a salary of at least $455 per week ($23,660 annually) and to perform certain exempt duties. The proposed amendments increase the salary basis test from $455 per week to $970 per week ($50,440 annually) beginning in 2016, although the final salary figures may be even higher.

The DOL has published a regulatory agenda that shows a July, 2016 timeframe for issuing the "Final Rule" revised regulations. U.S. Solicitor of Labor Patricia Smith commented recently at an American Bar Association Labor & Employment Law Section event that the revisions would not likely be forthcoming until "late 2016", which some interpreted to mean possibly not until after the elections. It is not unusual for DOL to fail to meet the target dates given its published agendas. So exactly when the new regulations will be released remains uncertain, although it seems very unlikely it will be before July of 2016.

If the "Final Rule" is published on July 1, 2016, and assuming its effective date is set for 60 days later, then employers would have until August 30, 2016 to take the steps necessary to comply with the regulatory changes.

The regulatory agenda can be found here: http://www.reginfo.gov/public/do/eAgendaViewRule?pubId=201510&RIN=1235-AA11

Please contact any member of Verrill Dana's Labor & Employment Law Group to discuss different possible strategies to comply with these expected changes in the law. 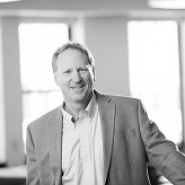