by Elizabeth Connellan Smith on May 12, 2017
Share This Page 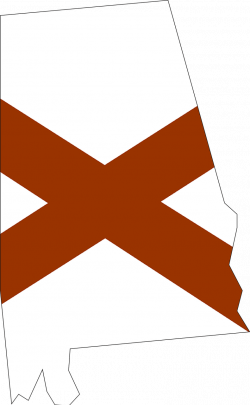 On Monday, May 8, a Jefferson County (Birmingham) Circuit Court Judge found two specific provisions of the Alabama Workers' Compensation Act unconstitutional, and because one or more provisions of the law were unconstitutional, the entire law was struck down. The two provisions at issue were a maximum cap of $220 per week in indemnity benefits, and a 15% cap on attorneys' fees, both long the subject of debate and discontent in the legal community. The maximum benefit cap dates back to 1987, when $220 would have been more reasonable as a cap than it is in today's economy. (In comparison, the current maximum cap on indemnity benefits in Maine is $789.35). The 15% cap on attorney's fees is also dated, and at this point serves to prevent access to legal assistance in some instances. After finding these two provisions to be unconstitutional in the case before him, Circuit Judge Pat Ballard then stayed his decision for 120 days, to allow the Legislature to respond to his decision in the case.

What does this matter to employers in Maine, you might wonder? It is a signal of a trend that began to gain momentum about a year and a half ago of various stakeholders calling for strict examination of the benefit and legal access provisions of state workers' compensation laws. Florida's courts have found similar portions of its act unconstitutional and Oklahoma tried unsuccessfully to implement an "opt out" program similar to that found in Texas, enabling employers to create their own work injury programs with caps on benefits and durational caps. There have also been rumors of the federal government seeking to replace all state workers' compensation laws with one federal law, a move that is strongly opposed by the workers' compensation legal community.

Ultimately, in order for the "Grand Bargain" to survive, maximum caps must bear a proportional resemblance to the local economy, while not incentivizing malingering. Return to work programs must be audited annually, and updated as necessary. Finally, all stakeholders need to understand that the law is not perfect, but should aim to be the best compromise possible for all involved in order for our imperfect, but necessary, system to continue to serve the needs of employers and employees when the unforeseen injury occurs in the workplace.

Judge Ballard's ruling is unlikely to affect anyone beyond the specific case, as it is not binding on any other Judge and is not a ruling from the highest court in Alabama's system. Its value lies in the publicity it is bringing to issues that are of concern to employers and employees alike and the spotlight it shines on the need to keep our workers' compensation systems nimble in the ever-changing business world.