Represented Woodland Pulp in securing a favorable arbitration award after a lengthy and contentious arbitration proceeding resolving a dispute between Woodland Pulp and a tenant over shared use and "balancing" of a private natural gas pipeline.

We advised Maine Power Options (MPO), the energy aggregation arm of two quasi-state agencies, Maine Bond Bank and the Maine Health and Higher Education Facilities Authority, with regard to developing and administering a procurement process by which MPO selects an electricity marketer to supply MPO members. Verrill provides ongoing support to MPO with respect to the procurement process and energy contracting.

Represented ENEL, an international leader in hydro power, before FERC in defending against a formal Section 206 Complaint by the City of Lawrence, Massachusetts, and various abutters, alleging that ENEL North America has violated the terms of its FERC hydro license by failing to maintain and repair the canals along the Merrimack River.

We represented Emera in obtaining Maine PUC approval of a number of bond issuances and bond re-financings for improvements to its T&D system.

Verrill assisted a Maine utility in the development and passage of state legislation to allow T&D utilities to directly provide energy-efficient electric heat pumps to customers, provided the program lowers the life cycle electric costs of participating customers; is subject to rates set by the Maine PUC; and allows customers to choose their own installer.

Obtained Maine PUC approval for an LDC to create an affiliate to provide HVAC conversion services to prospective customers.

Secured state and federal environmental approvals for Maritimes & Northeast Pipeline, LLC, to construct more than 200 miles of interstate natural gas pipeline facilities connecting New Brunswick to Massachusetts, as well as a subsequent expansion of those facilities.

Secured regulatory approval for the state's first private natural gas pipeline, a direct connection from the Maritimes & Northeast Pipeline serving Woodland Pulp LLC; and continues to represent Woodland Pulp in connection with shared use of the pipeline with another industrial consumer.

We represented a Maine utility before the Maine PUC in a proceeding in which the utility sought approval to own and operate a microgrid to be located at its operations center. The proposed microgrid consisted of a 600 kW AC photovoltaic array, a 500 kw/950 kWh Tesla Powerpack battery, an existing diesel generator, and an electric vehicle charger.

Provide legal counsel to Bowdoin College and other larger consumers of gas regarding their purchase and use of gas. Represented several large consumers of Maine Natural Gas in successfully objecting to a proposed rate increase by MNG.

We represented a wind developer in obtaining the environmental and land use permits for a 15-mile 115 kV transmission line connecting the Northern Maine transmission system to ISO-New England.

In litigation spanning several years, Verrill represented Emera in a Maine PUC investigation into ratemaking mechanisms associated with non-wires alternatives for Maine's investor-owned transmission and distribution utilities. That proceeding grew out of a prior proceeding, in which we represented Emera, involving the issue of whether Maine should appoint a state wide Non-Transmission Alternatives Coordinator, and if so, whether the Coordinator would be a public utility. The NTA Coordinator proceeding arose from legislation related to the need for establishing a so-called “Smart Grid Coordinator” for the state of Maine.

Represented an interstate pipeline company before the Maine PUC in advancing an interstate pipeline expansion project designed to provide a firm, competitively priced source of fuel for natural gas-fired generators providing electricity to consumers in Maine and elsewhere in New England. The Maine PUC is charged with implementation of the Energy Cost Reduction Act, a 2013 law (the firm was actively involved in drafting and securing passage of the Act) that authorizes the state to direct execution of a contract for new natural gas pipeline capacity. A so-called energy cost reduction contract, or ECRC, provides financing for up to $75 million per year upon a finding that the contract's benefits will outweigh its costs and that the contract is commercially reasonable and in the public interest. After more than two years of extensive litigation, the Maine PUC selected our client's project as the best option for an ECRC and directed Maine's electric transmission and distribution utilities to purchase pipeline capacity on the proposed pipeline expansion. The project is conditioned on support from other New England states, as it will enable the development of additional pipeline capacity needed to increase the availability and supply of natural gas throughout New England.

Represented a natural gas marketer in contested Public Utilities Commission proceedings in Maine, New Hampshire, and Massachusetts and succeeded in obtaining more than $700,000 for the client from a FERC-ordered refund by an interstate pipeline.

Verrill represented a Maine utility in a lengthy and contentious Maine PUC case involving the prudence of the siting and design of a new substation. To address the concerns of several neighbors arising out of the original siting and design, the utility changed the location and design of the substation. This resulted in a significant cost increase and a Maine PUC investigation into the prudence of the utility agreeing to those changes.

Represented Summit Natural Gas in securing Maine PUC approval of Summit's alternative rate plan (ARP). The ten-year rate plan provides for annual rate adjustments during the course of the ARP, return-on-equity sharing provisions, authority to enter into special rate agreements without prior commission approval, recovery of natural gas conversion rebate costs, and a service line installation policy and metrics. The ARP was part of a larger proceeding in which Summit obtained the commission's unanimous approval to begin providing service in Maine despite the opposition of an existing Maine gas utility.

Represented an LDC before the Maine PUC in response to allegations of gas safety violations in four separate cases. The violations pertain to operator qualifications, use of trenchless technology, and fusions of natural gas pipe.

Public Service Company of New Hampshire (PSNH) choose Verrill to represent it in a proceeding to obtain regulatory approval for the creation of a new wholly owned subsidiary, a "special-purpose-entity" to facilitate the securitization of stranded costs and the issuance of rate reduction bonds subsequent to the divestiture of PSNH's generation assets.

Verrill represented Emera in a Maine PUC rulemaking establishing standards of conduct governing the relationship between transmission and distribution utilities and affiliated generators. The rulemaking arose from a number of earlier commission proceedings, including an investigation into the ownership of generation by Emera affiliates.

The Commission to Study the Economic, Environmental and Energy Benefits of Energy Storage to the Maine Electricity Industry has issued its report to the Legislature. The Commission unanimously agreed on the benefits of energy...

On January 10, 2020, the U.S. Court of Appeals for the First Circuit acted on the Portland Pipe Line Corporation’s (PPLC) appeal of the district court order upholding a South Portland zoning ordinance that...

In two related cases, Petitioners are asking the U.S. Supreme Court to strike down state generator subsidies that Petitioners argue distort competitive wholesale power markets that are under the exclusive jurisdiction of the Federal...

Emera Maine, an electric utility, and Enmax are proposing millions in rate relief for its customers, that is if the deal is approved. Lawmakers, on the other hand, are proposing that regulators take time...

Since 2005, Cleantech Open has trained over 1200 early-stage clean technology startup entrepreneurs through its annual business accelerator. A majority of CTO alumni have survived the merciless technology startup "valley of death" and gone...

Represented a New York wind developer in proceedings in Connecticut, Massachusetts, and Rhode Island to obtain regulatory approval of power purchase agreements with utilities in those three states pursuant to their tristate clean energy...

Maine Solar Boom: Over 1.5GW of Distributed Solar Capacity in the Queue 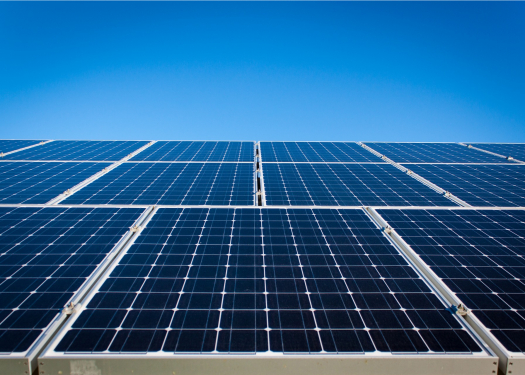 Verrill represented a Maine utility in a lengthy and contentious Maine PUC case involving the prudence of the siting and design of a new substation. To address the concerns of several neighbors arising out...